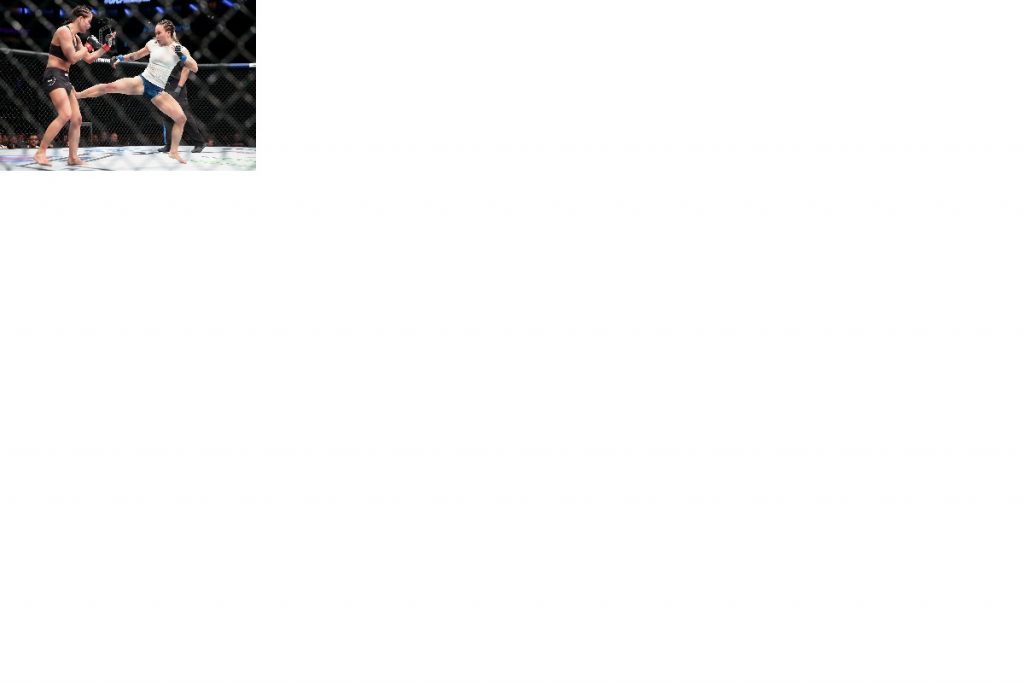 Michelle Waterson made the most of her UFC Philadelphia platform on Saturday by scoring a dominant unanimous decision victory over Karolina Kowalkiewicz.

And now with three wins in a row in the women’s strawweight division, “The Karate Hottie” has her sights sent on something that glints in the sun. That is, a title shot. And she believes that her experience puts her ahead of other contenders in the weight class, such as Tatiana Suarez and Nina Ansaroff, who square off at UFC 238 in Chicago on June 8.

“I just feel like I’ve been in the top 10 a lot longer than the both of them have, and I want it,” she said during the ESPN+ post show. “I mean, why else would I be fighting unless I’m going for the gold, you know?”

Coming into the fight ranked No. 9 in the UFC’s rankings, Waterson (17-6) was able to dictate much of the fight against the higher ranked Kowalkiewicz in Philadelphia. She consistently out-landed her foe, and was able to take the fight to the canvas and control the action from the top for large portions of the contest.

After losing back-to-back fights against Rose Namajunas and Tecia Torres in 2017, the 33-year-old Waterson sees herself as the top contender to face the winner of Namajunas’s title fight with Jessica Andrade at UFC 237 on May 11.

When asked who she though would win between Namajunas and Andrade in May, Waterson said she liked Namajunas to defend her title. She also said that, given the history her and Namajunas share (Waterson was submitted by Namajunas back in April 2017), a rematch would have the right kind of story line.

“I think I made huge strides [since then], especially fighting Karolina because I’ve always had a problem fighting people that I like,” she said. “It’s like, you can’t pull the trigger, you don’t want to be mean to somebody that you like, that you respect. That’s a huge leap I’ve made this time around, because Karolina is such a genuine, sweet person and I was able to still go out there and be vicious. I’m a different fighter now.”