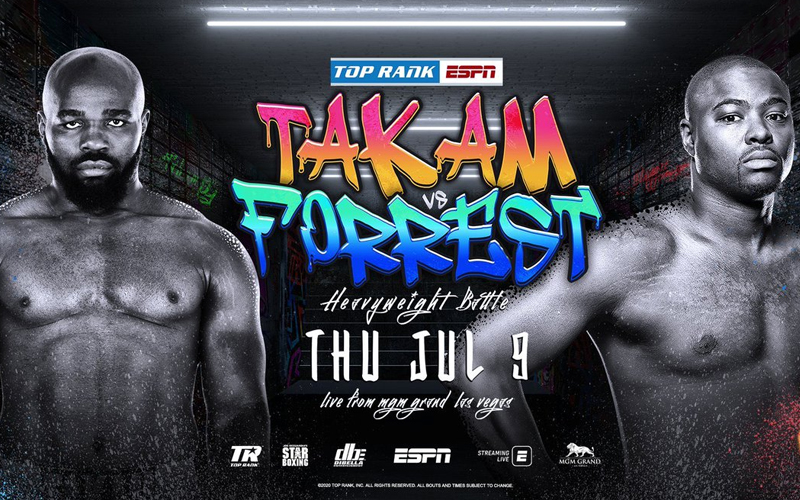 Takam has won three fights in a row and is looking for another chance to contest the world title at 39. A 2004 Olympian for his native Cameroon, Takam, who is co-promoted by Joe DeGuardia’s Star Boxing, he`s  won fights against former world title challengers Michael Grant and Tony Thompson. Forrest, meanwhile, has suffered just one loss since 2014, a controversial split decision against Jermaine Franklin last July.

At the co-star event, Carlos Castro (25-0, 10 KOs) from Phoenix, Arizona, will be looking for one more win in his promising career when he faces Mexican César Juárez (25-8, 19 KOs), who is known for starring in one of the best fights of 2015 against Nonito Donaire.