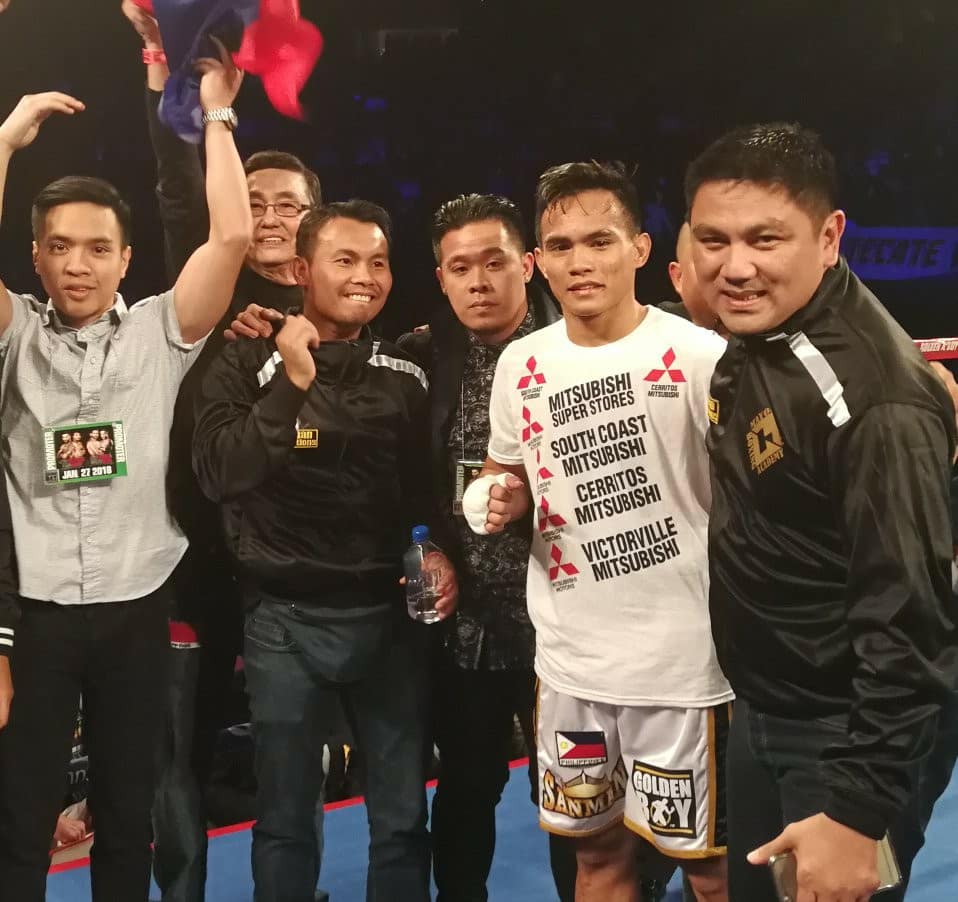 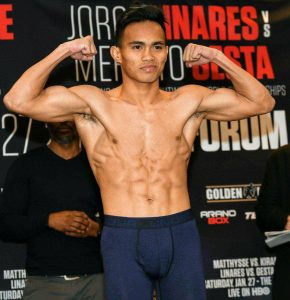 FILIPINO fighter Romero “Ruthless” Duno continued his winning form by knocking out Mexican Yardley Suarez in the first round Saturday night at the Forum in Inglewood, California.
Duno’s impressive victory was his third straight win in the US under the Golden Boy Promotions.
The 22-year old boxer from Sanman Boxing Gym in General Santos City landed a right hand to the body followed by a solid right on the head for the knockout.
He now has 16 wins with 14 knockouts against only one loss and no draw while the 23-year old Suarez dropped to 22W-10L-0D, 12 KOs.
“I’m very happy with my victory. I will continue to train harder,” said Duno, who is being trained by former world champion Rodel “Batang Mandaue” Mayol at the Freddie Roach’s Wild Card Gym in Los Angeles.
“Duno look very good. We are very impressed with his performance,” said manager Dexter “Wang Yu” Tan, Chief Finance Officer of Sanman.
Sanman’s Chief Executive Officer Jim Claude “JC” Manangquil, on the other hand, said: “Duno’s next fight will probably be in the main event of ESPN Golden Boy Promotions card.”
The Duno-Suarez 8-rounder was in the undercard of the double world championship promotion by Oscar De La Hoya of Golden Boy Promotions and Akihiko Honda of Teiken Promotions.
Duno had previously won by a unanimous decision against another Mexican Juan Pablo Suarez last Sept. 23 at the Forum.
He made his grand debut in the US with a shocking first round knockout win against then-unbeaten Mexican Christian Gonzales (16-0) last March 10 at the Belasco Theater in LA to capture the vacant World Boxing Council (WBC) Youth Intercontinental Lightweight title. (With a report from JOSE MONTY FLORES)