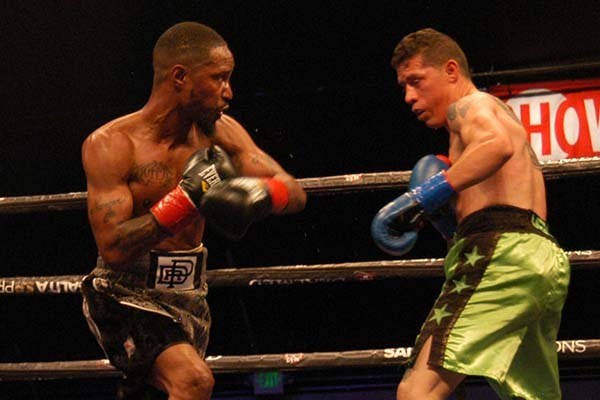 Former world title challenger Eric Hunter (22-4, 11 KOs) shook the rust off after three years away from the ring, taking a five round technical decision win over journeyman German Meraz (62-57-2, 39 KOs) in a walkout bout on Friday night’s card at the Emerald Queen Casino in Tacoma, Washington.

Hunter pressed the action from the start, walking his opponent down and popping him with accurate shots. He dropped Meraz in the third round with a left hook but could not follow up after Meraz went into a defensive posture. After an accidental headbutt opened a cut on Meraz in the fifth, the ringside doctor advised referee Joel Scobie to stop the fight at 2:40 of the round, forcing the fight to go to the scorecards. All three judges had the bout for Hunter, with scores of 50-44.

For a complete report and photo gallery of this card, click here.