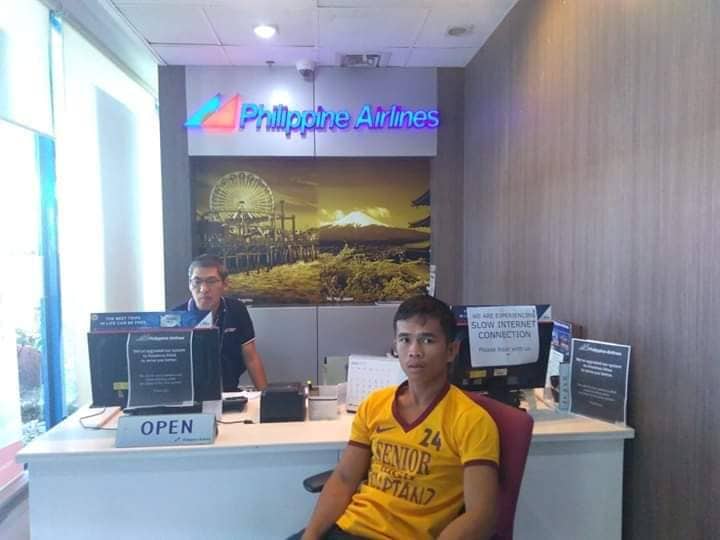 Boxers, promoters and trainers are up in arms anew at the Games and Amusement Board (GAB), after the government’s boxing body denied permission to 27-year-old Filipino boxer Marzon Cabilla to fly to Thailand for an OPBF silver title fight, just a couple of hours prior Cabilla’s scheduled departure for the Kingdom of Smiles.

Shockingly, the experienced fighter Marzon Cabilla (17-18-1, 6 KO’s) and his coach were already all set to board their airplane for Thailand on Wednesday, May 29, when the GAB’s boxing division sent a regretable last-second email blocking the opportunity for the hard-working Bukidnon fighter to battle Thai boxer Sirichai Thaiyen (54-3, KO’s) for the prestigious OPBF (Orient Pacific Boxing Federation) silver super flyweight title.

The OPBF (affiliated to the WBC) had given approval to Cabilla’s fight in Thailand.

Plus, even though an official request for Cabilla’s fight was logged with GAB on May 16, getting an OK pre-approval, the GAmes and Amusement Board (GAB) waited until the very last second to deny the well-trained Cabilla the chance to earn his living for his family and newborn child.

It all dramatically unfolded instants before Cabilla’s plane’s take off. Cabilla just could not board the airplane.

That might have satisfied GAB decisionmakers, but sadden the Filipino boxer.

Now the hugely disappointed Cabilla and his team just wonder why GAB denies him the chance to make a living in his fighting profession.

The denying email from GAB to Cabilla’s matchmaker Macky Canisio reads as follows:

For this travel, Cabillahad traveled from Bukidnon at 12 midnight of the same day to Cagayan de Oro in time for the departure… just to be denied in the last minute.

Why the GAB had to wait this long to shut its door on Cabilla’s noses?

Indeed, what much confounded Cabilla and his coach was the late GAB reply when the request for the fight was logged on May 16, thirteen days prior to his departure and 15 to the fight.

Kaamino assures that they have wasted time and money in preparation for the fight, sacrificing work that feeds his family.

As a result of GAB’s action, Thailand fight matchmaker Panya Pachakorn is prepared to file legal action against the GAB as the boxing organizers have already set the match, arraange tickets, TV time, sponsorships, marketing, promotion expenses, as well as important monetary investments in the card.

In fact, Cabilla’s fight was scheduled and ready and billed to be co-main event of the televised world title match of Thai boxing WBC world champion Wanheng Menayothin defending his belt against Japanese Tatsuya Fukuhara on May 31.

Thanks to GAB, Cabilla will not be one of the stars of that anticipated world title show in Thailand.

Does the leadership of GAB really need to work this way so cruel and hurtful? Why GAB loves to act his way?

However, It’s not the first time that GAB acts in this way against Filipino boxers.

In Gomera’s case, GAB tried to do the same: block Gomera’s chance to earn his living in his profession: denying Gomera in the last minute.

But GAB was forced to change their mind.

Yes, thanks God GAB failed in their attempt and Gomera was able to fight and earn good money for his family.

However, the suspicious maneuvering from GAB caused trouble to the Filipino fighter who thanks to GAB arrived jetlagged when he faced Burnett.

Gomera was denied for the same reason: he is way beyond his league by facing a more superior fighter in Burnett.

However, in the case of Cabilla, his opponent Thaiyen has an inflated record, which is a common practice in the Kingdom. For example, in his last three fights, Thaiyen (Cabillan’s opponent) has fought debutant boxers, or a boxer with a 0-5 record.

But when Thaiyen has fought a decent opponent, he has lost by knock out

Last year, Thaiyen was knocked out in Ukraine and a few years back, the Thai was stopped in Argentina.

Cabilla’s opponent is not such a great boxer and the numbers are deceiving. That confuses GAB. However, people who really know boxing, would see that the fight is an acceptable match.

As an example, just last Sunday in Fuzhou, China, Chinese boxer Gao, with only 3 wins in his record and no loses, defeated world-ranked Thai fighter Anurak Thisa with 25 fights, 23 wins. Gao’s victory was unanimous and he won the WBA Asia belt. Even though there was a huge superiority in win-lose record from the Thai boxer, he ended up losing, and the boxer with only three victories won.

Win-lose records are deceiving and people with lack of deep boxing knowledge get confused.

It is sad and regrettable that once again GAB has opted to deny a Filipino boxer to earn a living. But worst of all is that after fight has been approved by OPBF and pre-approved by GAB, the fight is still denied.

Plus, even though the request was done almost 2 weeks in advance, GAB prefers to wait till the very last second to shut the door on Cabilla’s right to make a living in the professional sport that he loves.

Why GAB had to wait till the very last second to slam the door?

GAB’s procedures hurt boxers, coaches, promoters and its not the first time that his happens and we see why the Filipino boxing community might support the establishment of a Philippines Boxing Commission (PBC) as GAB’s practices on boxing are no longer acceptable.

Cabilla had the chance to earn money and had the opportunity to battle for the OPBF silver belt.

Just like the old Eminem song “Lose Yourself” says:

“Look, if you had one shot, one opportunity to seize everything you ever wanted-One moment Would you capture it or just let it slip? “You only get one shot, do not miss your chance to blow this opportunity comes once in a lifetime yo”

Cabilla had his shot, his opportunity, his One-moment, his chance to seize everything he ever wanted. GAB just denied him.

Cabilla had his one shot, his chance, his opportunity. GAB just denied him.

Boxer Marzon Cabilla at the Philippine Airlines office at the Cagayan de Oro airport for his supposed flight for Chonburi, Thailand for the OPBF bantamweight silver title against Sirichai Thaiyen which is an undercard to the Wanheng Menayothin against Tatsuya Fukuhara for Menayothin’s World Boxing Council strawweight title.