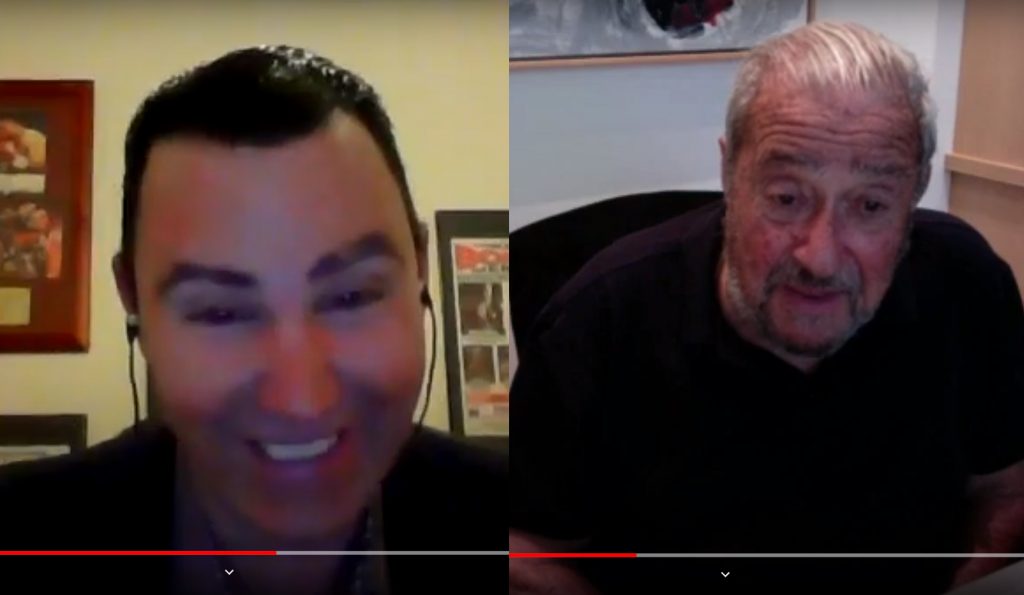 In this interview with the Top Rank CEO Bob Arum, talking about top fighters like Terrence Crawford, Tyson Fury, and other talented fighters.

He says the reason why Manny Pacquiao and Terence Crawford will not push thru this year because of the pandemic but Terence will definitely fight this November against top welterweight including Kell Brook.

“Tyson Fury will be fighting on Dec 19th in Las Vegas at the allegiance stadium, but again we have to get permission from the governor and from health authorities,” says Bob Arum.

Also talked about Jerwin Anjacas, visa lapsed, and the plan in the future for him.

Vasiliy Lomachenko Vs Teofimo Lopez will fight on Oct 17th, at the bubble and their training camp.

With the Maloney brother, it’s a possible fight of the year between Jason Maloney vs Naoya Inoue, they will fight Oct 31st and Andrew Maloney will get a rematch with Joshua Franco.

He also talked about a talented fighter that he excited about.

Here’s the link of the interview: