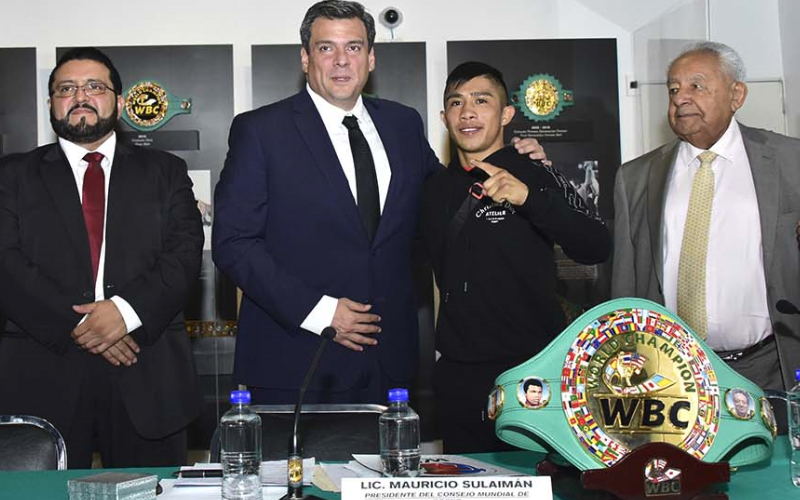 After several weeks of preparation and having won the right to dispute the green and gold belt that is in the hands of the fly monarch Charlie Edwards, Julio César Martinez was blunt to say that he will travel to England to bring the sash with which he has dreamed so much and which he promised his two little children.

Aware that he is not going as the favorite and even more of the strength and capabilities of the champion, Martínez said that he has not only made an excellent preparation in the heights but has also fed the hunger for triumph day by day, becoming aware that that night will come out with your hand up.

The Mexican who was present at “Tuesday of Coffee” commented that he arrives at this meeting with about 150 rounds of sparring, many of them helped by Edwin Palomares, Carlos Cuadras and Yahir Deval, who were very important for this preparation.

“I am physically and mentally ready to face Charlie, I know he is a strong fighter but above the ring we are two men wanting to prove who is the best and that, I assure you that it will be me.

I owe this triumph to all those who have supported and trusted me. That night I will make history, I assure you ”-he finished-