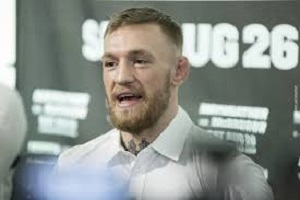 Tickets for UFC 229, which features a highly-anticipated lightweight championship main event between current titleholder Khabib Nurmagomedov and former two-division champion Conor McGregor, will go on sale this Friday, Aug. 16, to the general public at 1 p.m. ET.

Members of the UFC Fight Club program will have first dibs Wednesday at 1 p.m. ET onwww.ufcfightclub.com, and UFC newsletter subscribers are next in line for a Thursday presale at 1 p.m. ET through UFC.com.

Nurmagomedov, unbeaten in 26 pro bouts including 10 UFC appearances, looks for the first defense of his lightweight championship after winning a vacant title by defeating Al Iaquinta atUFC 223 in April. That belt was vacated by McGregor (21-3) due to the Irishman’s inactivity (he has not competed in MMA since winning the championship with a second-round TKO of Eddie Alvarez at UFC 205 in November 2016, though he was involved in a blockbuster boxing bout withFloyd Mayweather Jr. last August) and his behavior during the fight week for UFC 223.

Along with several associates, McGregor showed up unexpected at the Barclays Center in Brooklyn on April 5 following an official media day and proceeded to create chaos in the loading area. McGregor himself threw a dolly at a bus that was carrying Nurmagomedov, shattering a window and injuring fighters Michael Chiesa and Ray Borg.

McGregor recently entered a plea with the state of New York to resolve his legal matters and resume his fighting career.

See the current card for UFC 229 below: