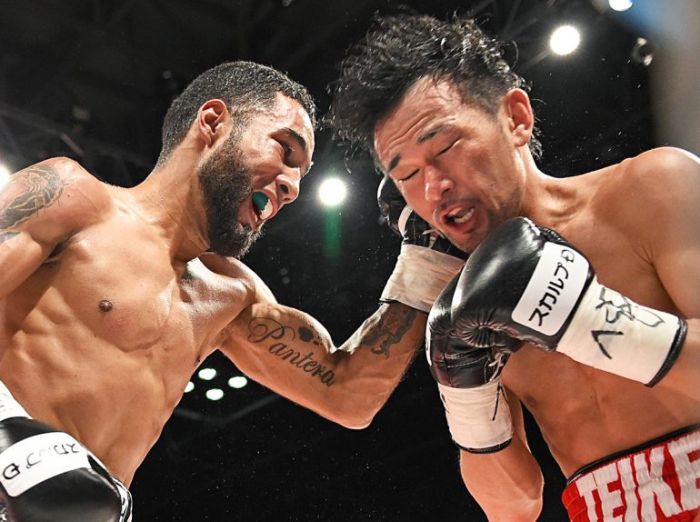 Its a battle of unbeaten Mexican super bantamweights, the winner challenging for the WBC World Title.

“The Mexican Luis “Pantera” Nery (30-0, 24 KOs) is a power puncher who has been stopping opponents tough.

“The 25-year-old southpaw from Tijuana, Mexico, won a dominant stoppage victory over former champion McJoe Arroyo in March of last year, and then returned in July to halt former champion Juan Carlos Payano.

Most tellingly, Nery won a technical knockout victory over Shinsuke Yamanaka to win the bantamweight world title in 2018. Now the Mexican comes up to 122 pounds to seek a world title in a second weight class.

“I am excited to fight in SHOWTIME and I am planning another knockout victory to prove to everyone that I am one of the kings of the super bantamweight division,” said Luist “Pantera” Nery.

“I know I can knock out any 118 or 122-pound fighter. I’m hungrier than ever to prove that I’m one of the great Mexican boxing champions.

“My goal is to continue offering great performances for fans. I’m ready to fight anyone who is willing to face me. “

Nery’s opponent is Aaron Alameda. Also a Mexican, Alameda is from Sonora, Mexico.

Alameda (25-0, 13 KOs) has been undefeated since becoming a professional in 2014 after a strong amateur career, and will step up in the game when he fights Nery for an opportunity for a battle for the world title.

The 26-year-old Alameda is ranked 12th by the WBC and recently knocked out Jordan Escobar in April 2019, after three wins in 2018.

Alameda will fight in the United States for the second time when he enters the ring on March 28 after scoring a knockout in a body shot about Andre Wilson in a January 2016 match in Los Angeles, California.

“I am very excited to make my SHOWTIME debut at the main event against a great fighter,” said Alameda.

“All the years of training and fighting have led me to this fight on March 28.

“Luis “Pantera” Nery is a Mexican warrior, just like me, and I can’t wait to lock horns with him and give the fans a great action until the final bell.”

Tickets for the live event — promoted by TGB Promotions and Mayweather Promotions — go on sale today Thursday, February 13 at noon and can be purchased at ticketmaster.com.