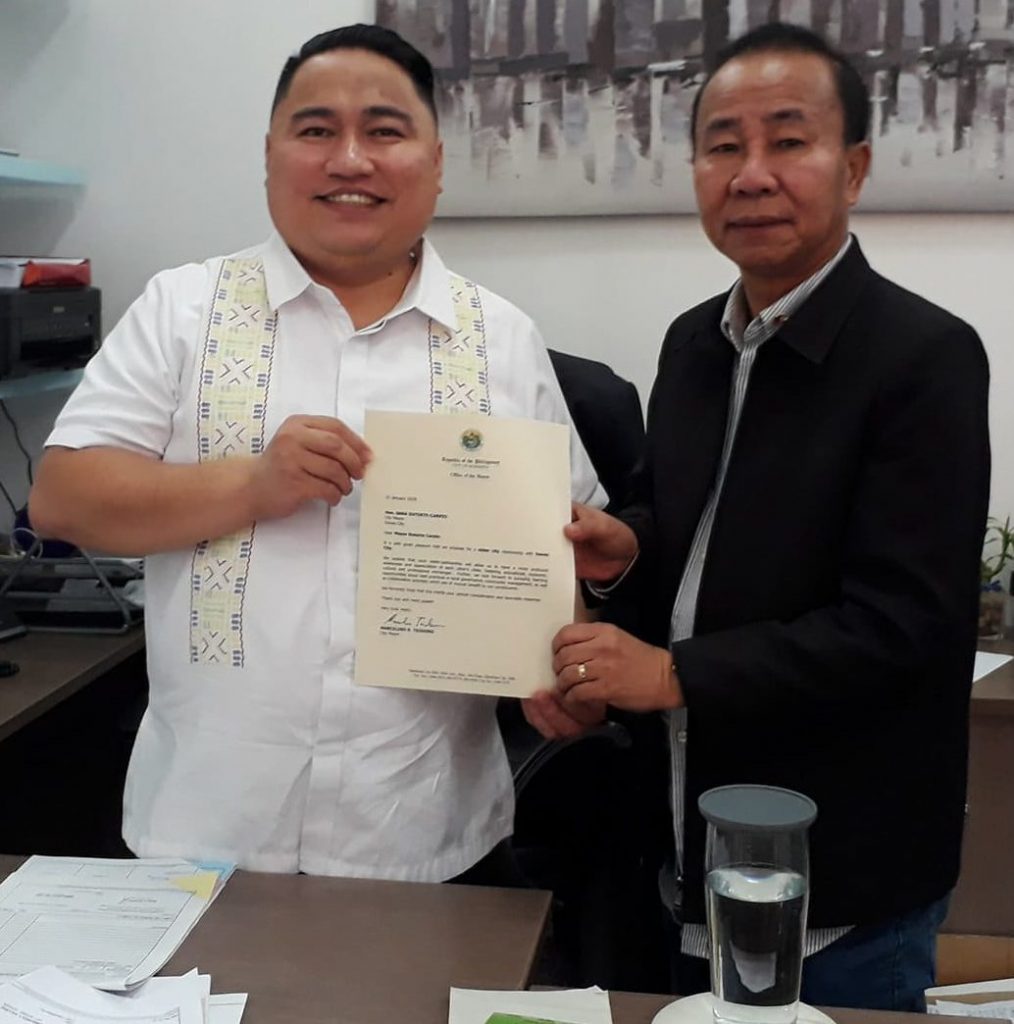 The letter was received by lawyer Raul Nadela Jr., Chief of Staff of Mayor Duterte-Carpio, who was in Cebu City last Monday to attend a meeting with his father President Rody Duterte.

“We believe that such sister-partnership will allow us to have a more profound awareness and appreciation of each other’s cities, fostering educational, economic, cultural and professional exchanges,” Mayor Teodoro said in his letter.

“Further , we look forward to pursuing learning opportunities about best practices in local governance, community management, as well as collaborative activities which are of mutual benefit to our constituents,” he added.

Masanguid, now commissioner of the Games and Amusements Board (GAB) is positive that Mayor Inday Sara will accept this proposal of Marikina City.

Marikina already has sisterhood with three other cities – Alaminos in Pangasinan, Bacolod City and Iloilo City. It also has a sisterhood with two international cities – Brampton in Canada (2005) and Busan in South Korea (2012).