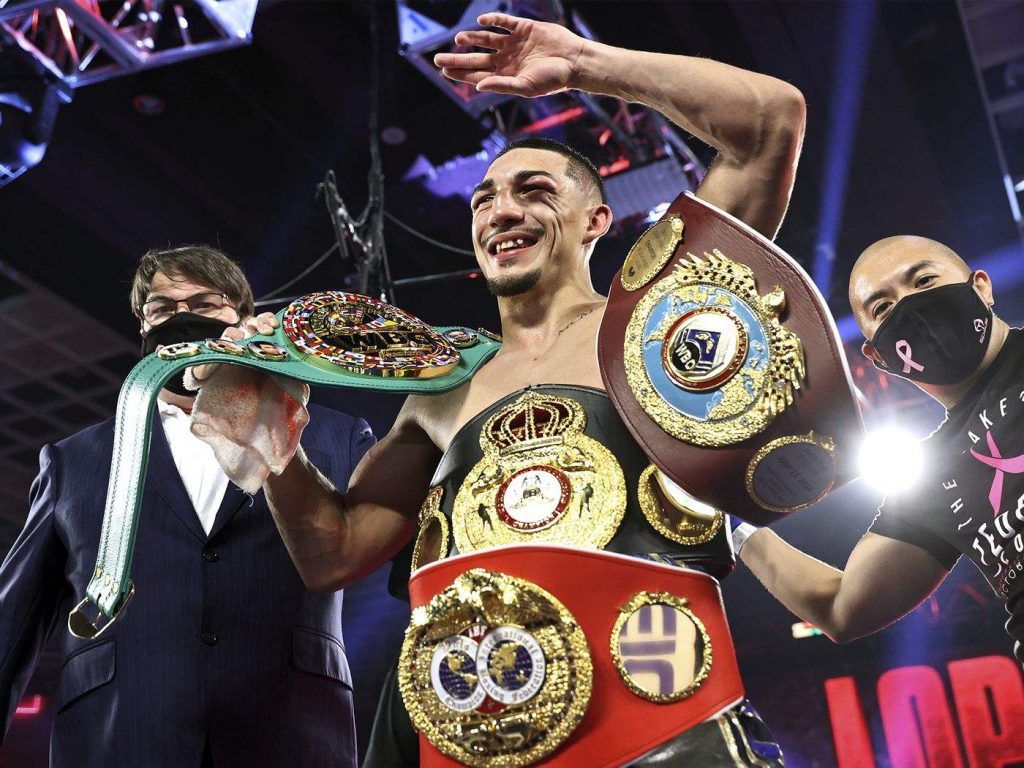 A new star is born as the 23-year-old from Brooklyn, New York, scored one of the most impressive wins of 2020.

The victory makes Lopez (16-0, 12 KO’s) the youngest man to claim all 4 championship titles, a feat he pursued from the onset of actions, stalking Lomachenko with calculated aggressiveness, focusing early attacks on Loma’s mid-section, a plan that worked.

Lomachenko’s coldness during the early chapters of the battle allowed Teofimo to pile up enough numbers to claim the stunning win.

When Lomachenko tried to shorten Lopez’ lead, he was late and ineffective as the younger “Takeover” Lopez stood his ground with speed and good boxing skills.

In the 8th episode, the former 3-division champ Lomachenko tried to take command of actions. He surely won the round, but his effort to halt the younger warrior was denied as Lopez was a faster and more skilled boxer than Loma ever thought.

Even though Lopez dominated the fight, the score of 119-109 from judge Julie Lederman (which means that Loma only won 1 round), seems totally excessive. The more measured tally of 116-112 appears to be more in sync with reality.

During the ESPN post-fight interview, Lopez said:
“I thank God. I am thankful and grateful. I have my faith for a reason. Now this feels so good.”

Asked about what thoughts were thru his mind at the sound of the bell for the 12th round and final, Lopez shared:

“I knew he (Loma) was coming (at me) and I can’t give him that (any chance). I don’t know if they (the judges) had him up in the scorecards or not.

“And I love to fight. I can bang too. I don’t mind to get one (punch) to give one. That is what a true champion does: to come up and find a way to win.”

Then asked about the key for his victory, the new undisputed lightweight champion said:

“Honestly, I just had to keep pressure on him, keep on putting the gas on him.

“All I’ve got to do was to use the jab, don’t give him (Loma) the opportunity to set up. And every time he did want to throw (at me), I had something ready for him, at least get something thrown (at him) to stop his momentum.

Now that Lopez is the unified king of the lightweight division, fans would love seeing him in battle against the winner of the Gervonta Davis vs Leo Santa Cruz fight, a hot rumble scheduled for October 31.

Most boxing analysts, including former champ Andre Ward, thought that Loma should prevail tonight. But that was not meant to be. At the end of the clash, “The Takeover” Teofimo Lopez was the better man.