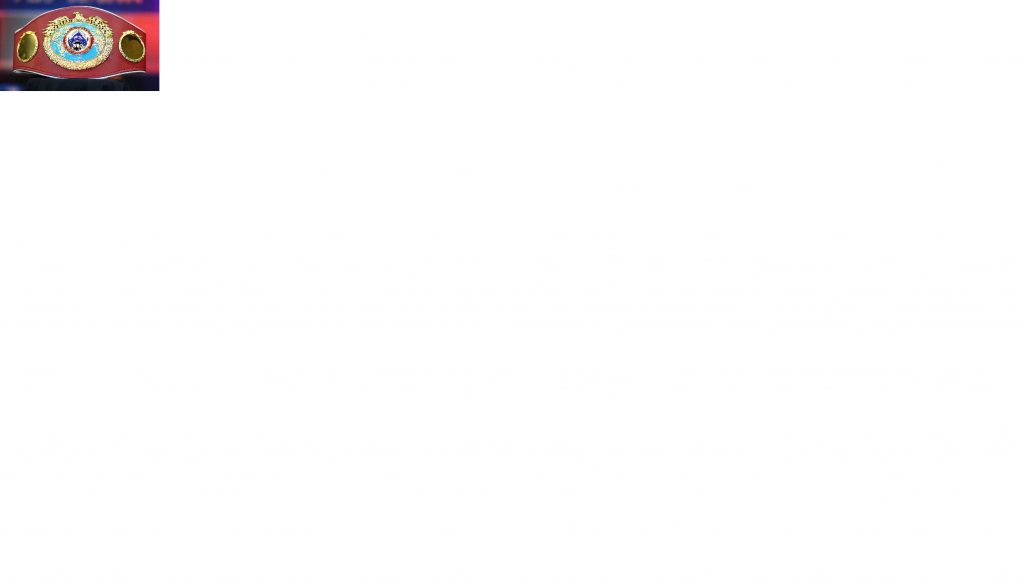 As per Section 11 through 14 of the enclosed copy of the WBO Regulations of World Championship Contests (www.wboboxing.com), please be advised that a Purse Bid will be held at 11:00 a.m. EST on Monday, April 8th, 2019 at the World Boxing Organization headquarters:

Section 13 (a) subsections (1) (A) and (B) of the WBO Regulations of World Championship Contests provides:

(1) CHAMPIONSHIPS WITH AN EXISTING CHAMPION

(b) In fight for the Title held in any other country, the Champion shall receive 80% of the purse and the Challenger shall receive the remaining 20%.

Please be advised that the parties must comply fully with the WBO Regulations of World Championship Contests regarding Purse Bid procedures.