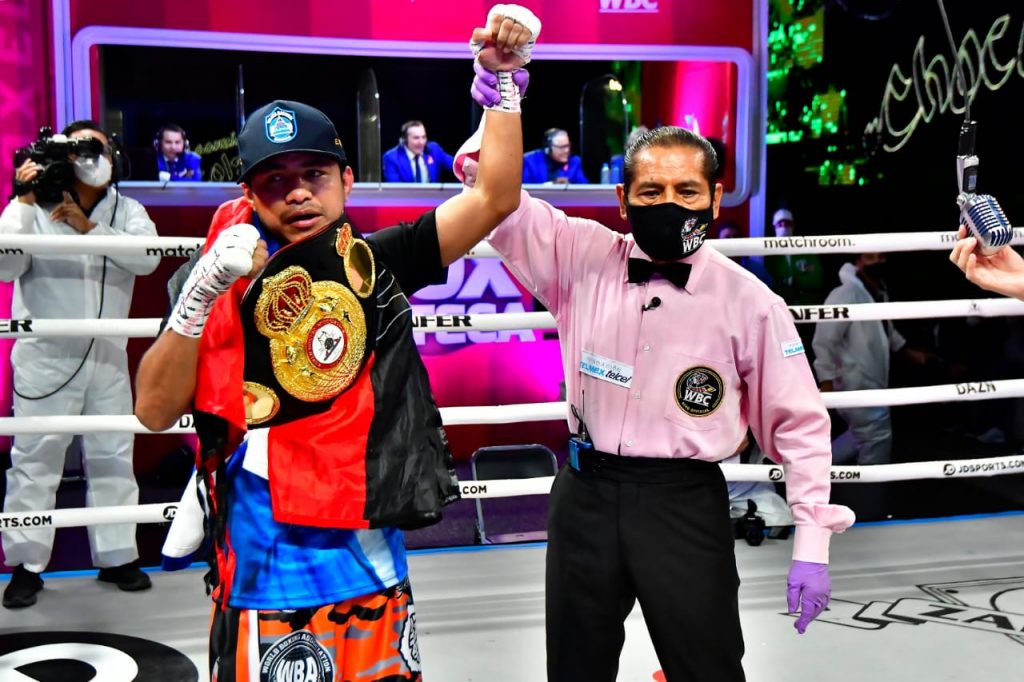 Román González is getting ready for his bout with Estrada

With a little over a month for his unification fight against Juan Francisco Estrada, the World Boxing Association (WBA) Super Flyweight Super Champion, Nicaraguan Román González, is getting ready in Coachella, United States, and feels better than ever for the highly anticipated fight on March 13th at the American Airlines Center in Dallas, Texas.

“Chocolatito” has had a great recovery in his career to regain the 115-pound belt, and now he will have his second fight against Estrada, current WBC champion, whom he already defeated in 2012.

There have been many temperature changes in Coachella during his preparation, as Román told journalist Miguel Ángel Cerebros in an interview. However, he doesn’t think that’s a problem for him.

“Obviously when it’s very hot it helps me lose weight faster, but now that it’s a little cold it’s not harmful either, I feel normal, comfortable. I decided to train here because in my country there are many distractions that are not convenient for my career,” said the champion of the pioneer organization.

On March 13th, he will have to stop the scale at 115 pounds to fight Estrada, and González feels comfortable with his weight at the moment.

“I’m currently at 127 pounds, I’m staying at that weight because of the sparring I’m doing. The idea is to go down progressively, eating until the day of the weigh-in. I usually go down without wearing myself out too much”, added “Chocolatito”.

The unification rematch between González and Estrada is one of the most interesting fights in the coming months and expectations are high. Roman is 33 years old and comes in with 50 wins, 2 losses, and 41 KOs.