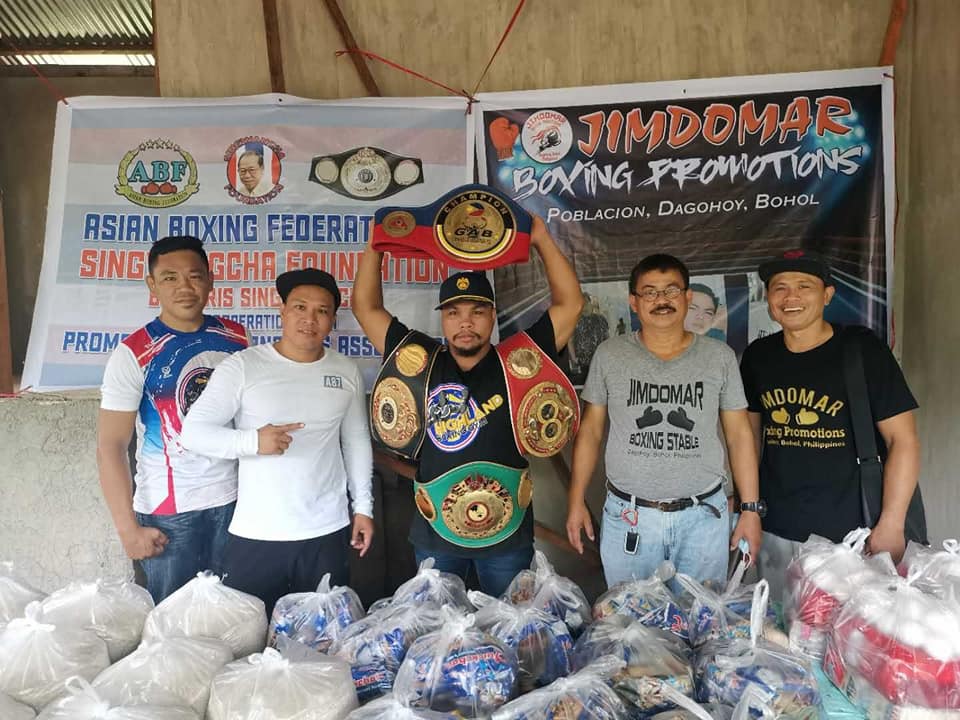 Filipino ABF, RP Super featherweight, formerly OPBF and IBF Asia Champion Carlo Magale, together with coach Ninolito Arnaiz showed support to the Naris Singwangcha Foundation, the Promoters, Managers Boxing Association, represented by Jim Domar Boxing promotion headed by Bohol Number one promoter Edgar Ricafort as they held hands and helped in the distribution of sacks of rice and groceries to the Boholanos.

Also present are Arnel Tinampay, Ricky Sismundo, and a few other professional boxers.

On Tuesday, October 20, the Naris Singwangcha Foundation will be distributing the same to some of the peopling of Zamboanga.

Naris Singwancha is a Thai philanthropist who had been helping several boxers Filipino and foreigners alike in testing times. The Foundation had been distributing goods to various places in the Philippines since the global pandemic hit the world, especially to the boxers, managers who were hit hard as the sports industry came to a halt. Albeit several countries opened up their Sports departments, the Philippines is yet to return to the normal promotion of professional boxing events.