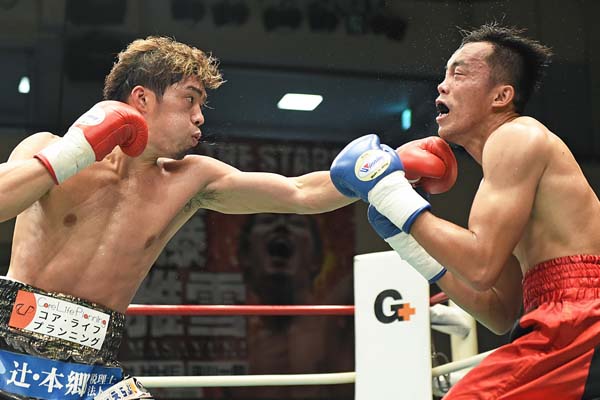 OPBF and WBO Asia Pacific 130-pound champ, WBC#11/WBO#3 Masayuki Ito (22-1-1, 11 KOs) engaged in a non-title ten rounder, was bewildered by the opening attack of Filipino Glenn Enterina (11-3-1, 8 KOs) but dropped him with an overhand right in the fourth and finally halted him at 1:32 of the sixth round on Saturday in Tokyo, Japan.

The bright prospect Ito, then OPBF ruler, had unified another regional belt by defeating WBO ASPAC titlist Takuya Watanabe on points on New Year’s Eve of the previous year. Enterina showed his power and heart in the opening session, but Ito found his range and rhythm, outpunching the game Filipino with effective combinations from the second round on. As he decked Enterina in the closing seconds of round four, it became a lopsided affair with Masayuki battering him to the punch. The ref declared a well-timed halt to save the good loser.