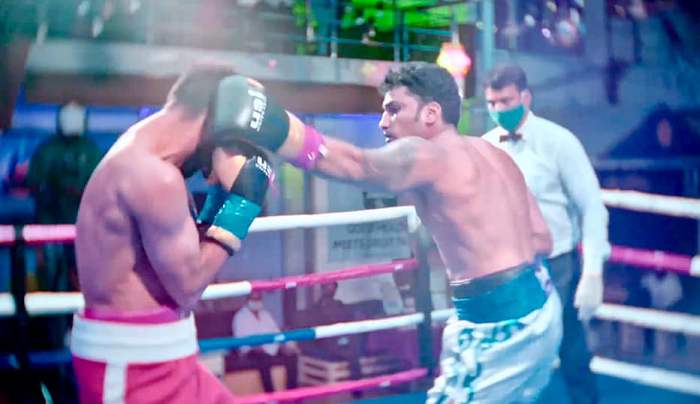 Just when the year 2020 was about to end in a post pandemic world, Indian combat sports saw its very own 1st ever championship series opening season.

WBS made quite a buzz on the social media circuit before its launch with some promising names who made their return to Pro Boxing & some who made their debut.

The championship series will see the rest of its Semi-finals & finals in 2021 which will be hosted over a massive production scale & top class Fight card featuring Indian & International boxers.

Here are the results for the Warrior Boxing Series 2020: Qualifiers

1. Sagar Chaudhary won via TKO in 1st round against R Vanlalmuana

2. Siddharth Varma vs Bhim Singh gets a DRAW

3. Vimal Punera won by TKO in 1st round against Vimal Kumar

4. Sagar Salunke secures a win by UD against Shashikant

5. Nutlai Lalbiakkima made his pro debut win by TKO in round 1 against Aman from Delhi

6. Shivani Dahiya made her return to the ring in 2020 with win against Neetu Pun

7. Kamal Kant won by UD against Pankaj in 4 rounds

8. Suresh Pasham of Hyderabad made his pro debut win against Paras Chauhan via TKO

9. Hans Raj won a 4 rounds fight against his opponent Mohit

10. Vaibhav Singh Yadav secured his win in 1st round against Shivam

11. Inderjeet Singh of Punjab fought his way to victory against Sachin Mandhotr.

WBS 2020 Opening Season was a closed door event only which was broadcast live by MMA India Show & FITE.TV globally with a staggering audience of 300K viewership.

Warrior Boxing Seeies: Semi Finals will be announced in the coming weeks. 💥