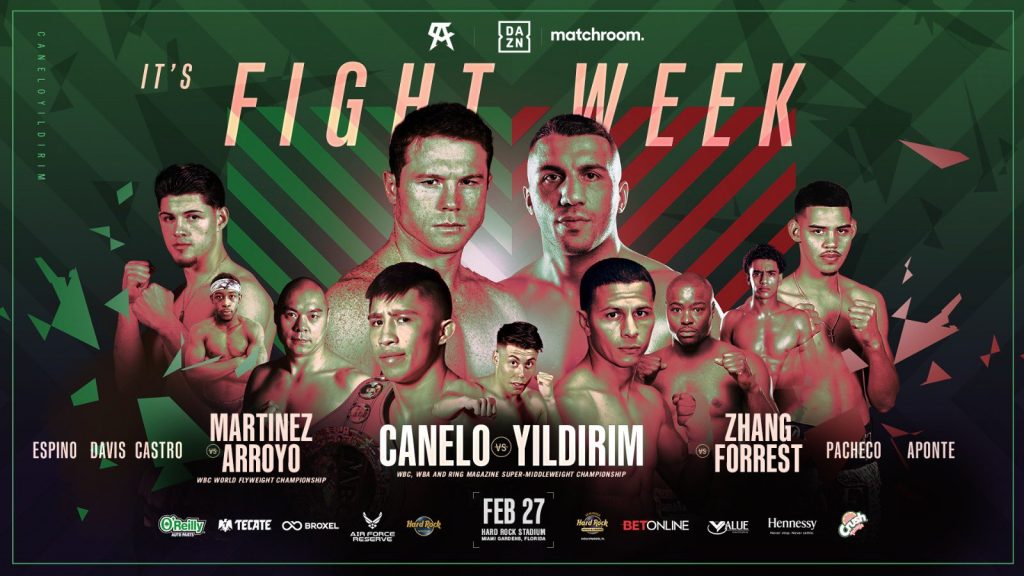 Canelo and Martínez plus great headline card in Miami

Mexican Saúl “Canelo” Álvarez will defend his super middleweight title this Saturday, February 27 when he faces Turkish Avni Yildirim at the Hard Rock Stadium in Miami.

This attractive card will also feature the flyweight champion of the World Boxing Council Julio César “Rey” Martínez, who will face the Puerto Rican McWilliams Arroyo, in a fight that is expected to be explosive.

This will be the third time that Martinez has defended the title he won in 2019 by beating Cristofer Rosales by technical knockout. Arroyo is one of the most skillful fighters in the division, possessing a refined technique.

In another fight, the undefeated Chinese boxer, Zhilei Zhang will face the American Jerry Forrest, in a heavyweight bout. Also, Mexican Diego Pacheco, who`s 19 years old, aiming to keep his unbeaten record as a professional, facing his compatriot Rodolfo Gómez at super middle.

The card will be broadcasted on DAZN.