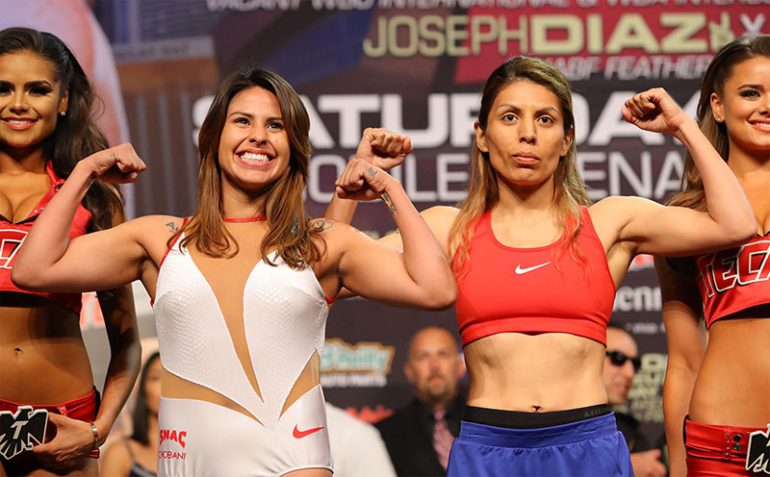 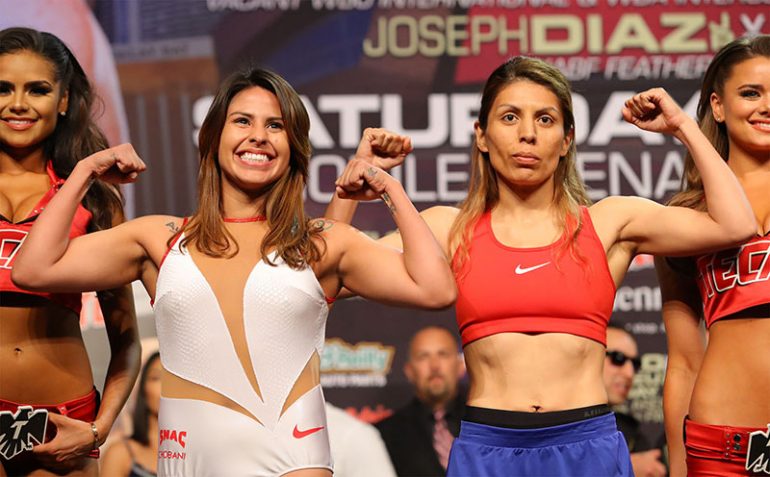 LAS VEGAS – Marlen Esparza, the 2012 Olympic bronze medalist from Houston, is two for two as a pro.

She defeated Samantha Salazar (2-4-1, 0 knockouts) by a shutout decision in a four-round flyweight bout on the Canelo Alvarez-Julio Cesar Chavez Jr. card Saturday at T-Mobile Arena. Esparza won 40-36 on all three cards.

“I plan on staying at three minutes and not going back to two minutes, so I know we will need to be strategic about how I train and fight,” Esparza said.

Esparza outpointed Rachel Sazoff in her pro debut in March.

Also on the non-televised portion of the card, lightweight prospect Ryan Garcia (9-0, 8 KOs0 stopped Tyrone Luckey (8-7-3, 6 KOs) at 2:20 of the second round of a scheduled six-round bout.

Garcia landed a sharp left hook in the opening round, which forced Luckey to touch the canvas for a knockdown. In the second, Garcia landed almost at will until referee Russell Mora stopped the fight.

“I felt this was a really great chance for me to show off my skills because I usually get the knockout early,” Garcia said. “This fight was different because I was able to show how quick I can pop my opponent with a hook. People think because I’m small, I don’t have power, but I have explosive power and speed. I’m ready to go make history from here.”