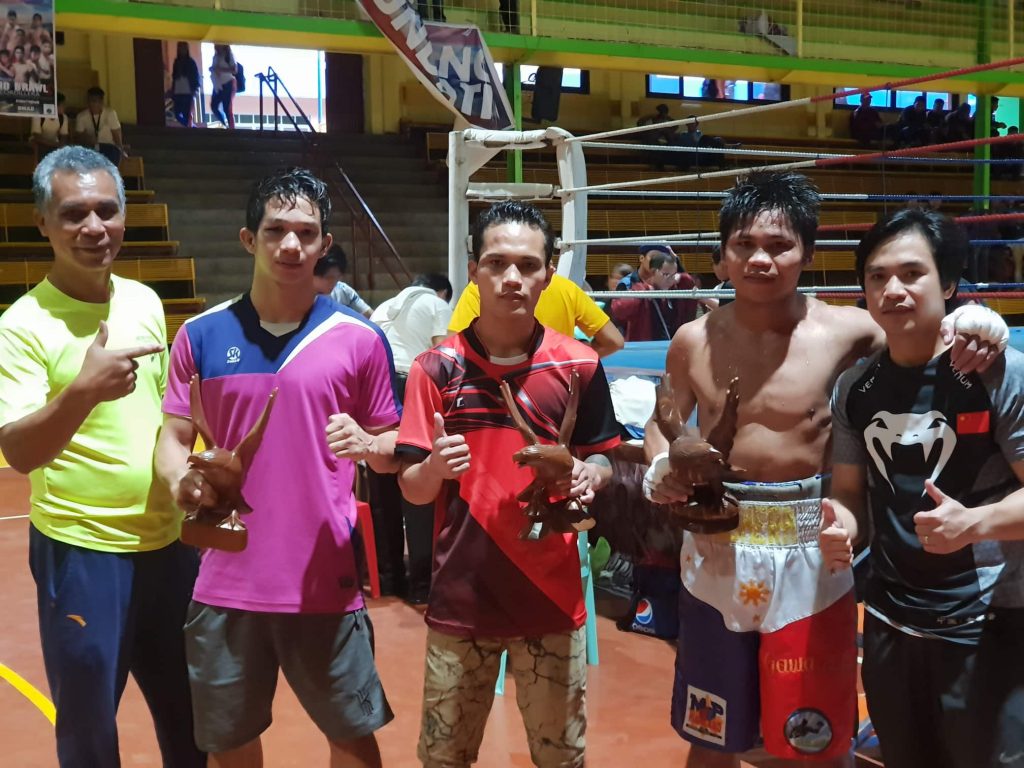 Three newly crowned champs along with twelve other professional boxers stayed true to their pledge to help the Highland and DMAD Boxing promotions raise funds for the Ompong typhoon victims of Itogon, Benguet as the Highland Brawl 5 made history at the Cordillera Career Development College Closed Gym on a Tuesday morning, November 6.

La Trinidad, Benguet’s Ivor Lastrilla and Romshane Sarguilla likewise made impressive show as they won the LuzProBA Lightweight and the LuzProBA Super Flyweight titles respectively. Lastrilla’s combination stayed through the 3rd round as opponent Dan Manosa failed to answer the referee’s count just 5 seconds before the round ended while Sarguilla’s strength continued through the 8th round and finished with a strong unanimous decision.

Meanwhile, in the supporting bouts, Rey Juntilla and Lony Cadayday of La Trinidad, Benguet made splashes with a unanimous and 1st round TKO win respectively. Visitor Gary Tamayo of Metro Manila proved his left hook to be formidable when he knocked out Ifugao pride MJ Udduna in the 3rd round.

Marklin Itim saw 4 rounds before convincing the judges against JhunJhun Jimenez while Romeo Tenorio made it to round three before knocking out Joshua Padual cold in the 3rd round. Professional opening bout betwee Ador Torres and of veteran fighter Alejandro Anas resulted to a majority draw.

Supporting amateur bouts saw Charlie Castro of the University of Baguio, Eugene Ignas of the Benguet State University, Karol Maguide of the University of the Cordilleras, Vincent Jorda of La Trinidad, Joseff Estepa and Rusbelt Salibad, both of Benguet National High School,Cliforf Endi of the Kings College of the Philippines and Yani Jones Allan of Benguet National High School all saw referee stoppages against their opponents as they each settled for the big W.

In the distaff side, CCDC’s Saskia Fagyan’s kicks and combos awarded her a unanimous decision against Aryette Bayachan in the lady’s swing bout in the kickboxing category.

Promoters Brico Santig and Darwin Dep-ay vowed to visit the Municipality of Itogon a few days after the event to hand over the sum of cash earned by the event.

“We are aiming to raise some cash to help the victims of the landslides of both Itogon and of Natonin but because our event got postponed due to typhoon Rosita and the venue was relocated thereby depleting some of our purposes, we decided that the money we earned from this event will proceed to Itogon as we are on the prowl of making another similar event for the people of Natonin” averred Santig.