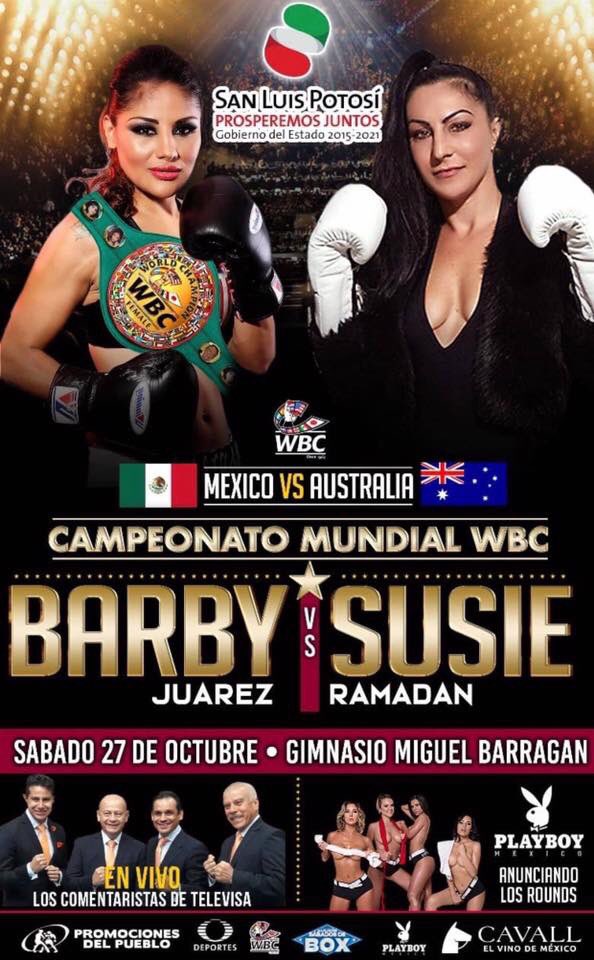 Ramadan (27-2, 12 KO’s) is a worthy and dangerous rival, as she has been twice champion of the world. Experienced and seasoned Barby  (50-9-4, 18 KO’s) is atop the main event of the card presented by  Promociones del Pueblo with the support of Cavall Sport and Playboy Mexico, and that has received all the facilities and faculties of  the Government of the State of San Luis Potosí.