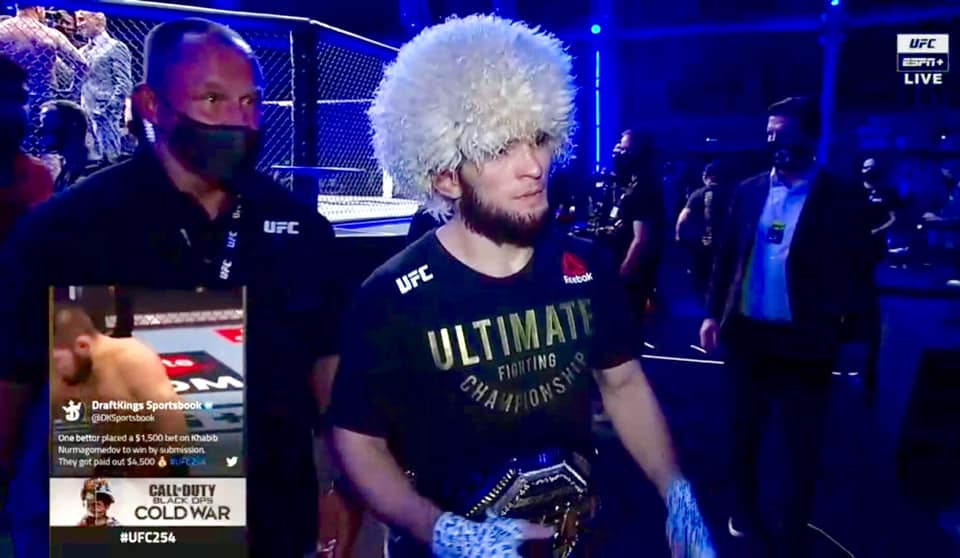 Khabib’s victory was a lperfectly executed Technical Submission done by a triangle choke that put Justin to sleep for a little while.

Time was 1:34 in round 2. After coming back to his senses, the American warrior was perfectly okay.

“Its because I can not fight without my father,” said the 32 year-old Khabib born in Dagestan.

Khabib’s dad and coach, Abdulmanap, died of covid-19 about 3 and have months ago.

Before leaving the octagon, Khabib had nice words about his opponent Justin. “I love you brother,” Khabib said.

Khabib retires as undisputed UFC lightweight (155 pound) champion with an unbelievable perfect record of 29-0, one of the greatest careers in mixed martial arts.