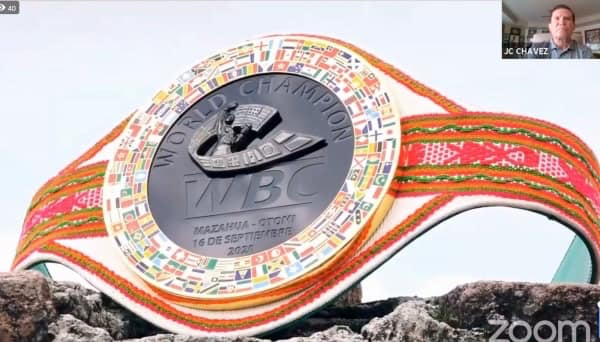 The good news was confirmed by Mauricio Sulaimán, president of the WBC, in the organization’s traditional “Martes de Café,” as he officially introduced to the media the beautiful Belt made by the Mexican artisan Reyna Rayón.

“This is for Julio, one of the great ones in history. It is a recognition to him from Mexico’s Otomí Ceremonial Center, which was an important part of his life and career.

“It’s an award that is given to him from the heart. It is a recognition that México gives to Julio,” said Mauricio.

The 2 most populous Otomí groups are:

The Sierra Otomí, living in the mountains of La Huasteca. They usually self-identify as Ñuhu or Ñuhmu, depending on the dialect they speak.

Photo of the “WBC Otomí Belt” taken by Alma Montiel.