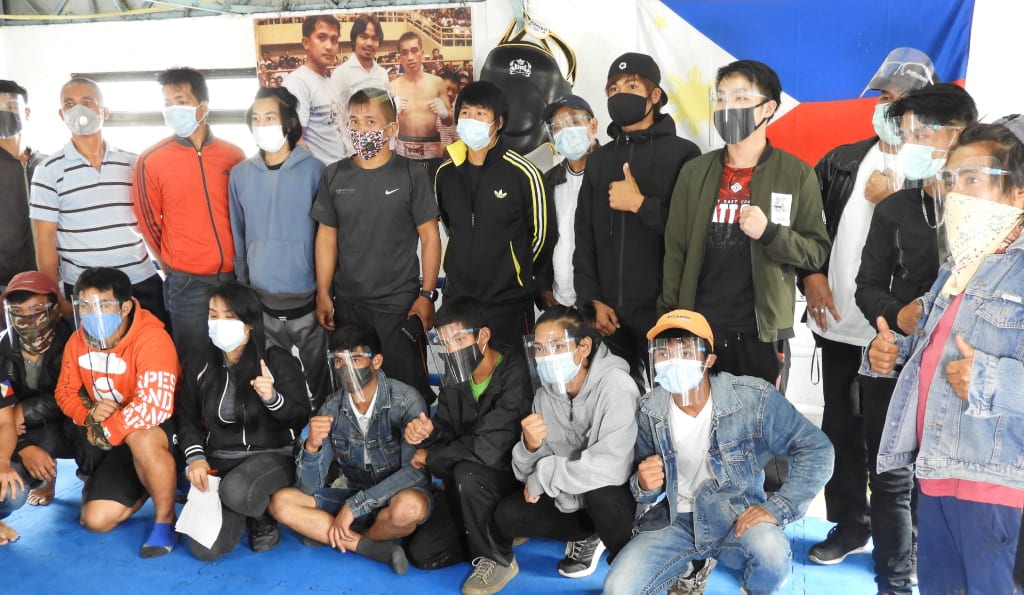 The Naris Singwangcha Foundation in coordination with the Philippine Boxing Promoters and Managers Association (PBPMA) has donated rice, groceries, and eggs to professional boxers and trainers based in Cordillera Benguet , Ifugao, Mountain Province, and Baguio last Dec. 12.

Led by international promoter Brico Santig, the donation was held at the Highland Boxing Gym in Benguet. He was assisted by Highland Coach Alan Alegria and Master Manuel Sanidad of Malayan.

The donation was earlier planned to be held together with the Games and Amusement Board (GAB) But it was canceled twice already.
“Matagal na itong plano at ang Codillera Region na lang ang hindi pa nakatangap ng tulong,”dito sa Luzon said Santig.

Sen. Bong Go, chairman of the sports. also donated rice, can goods, and cash assistance to the boxers, trainers, and judges during his visit in Buhangin, Davao City.