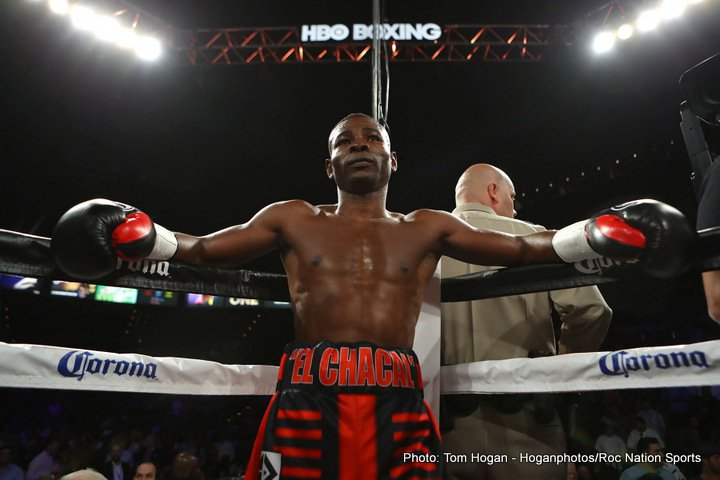 In the opinion of more than a few fight fans (this one included), the best fight of the year, on paper at least, has been saved for (almost) last: the hugely intriguing pound-for-pound match-up that will pit southpaw boxing masters Vasyl Lomachenko and Guillermo Rigondeaux against one another on December 9 in New York.

With so much sheer talent between them – two Olympic gold medals apiece, hundreds of amateur bouts and a handful of world titles – what’s not to like about this showdown? Well, there is one aspect of the fight that is causing some concern: the weight the fight will be fought at.

As fans know, Rigondeux, 17-0(11) will be moving up not one but two weight divisions to challenge for Lomachenko’s WBO super-featherweight title. Some people feel the weight advantage “Hi-Tech” will enjoy will simply be too much; that the smaller, older Rigondeaux will be overwhelmed at some stage of the fight. If they boxed at the same weight, being the same size, these fans says, then the fight would be pretty much a 50/50 affair.

But a news story from Dan Rafael of ESPN.com may allay these concerns a little. As per Top Rank vice president Carl Moretti, a deal is in the contract for the two fighters to weigh no more than 138 pounds at the weight check which will take place at 9 A.M on the day of the fight:

“Rigondeaux’s team broached the subject when we were negotiating the fight, so we went to Lomachenko and Egis [Klimas – manager of Vasyl] and they said they had no problem with it, so it’s in the contract,” Moretti told Rafael. “And then we in turn asked that Rigondeaux run no more than three miles inside the ring the night of [the] fight.”

If either fighter does weigh more than 138 at the weight check that will take place, there will be a substantial fine. Moretti says there is no concern on the part of Lomachenko, and that “I don’t think there will be that big of a difference when they stand next to each other in the ring.”

Lomachenko, 9-1(7) does not put on a ton of weight after he weighs-in for a fight Moretti says, adding how “size is not what will determine the outcome of this fight.”

Even so, Lomachenko is sure to weight more than Rigondeaux on fight night; even if it’s not by a margin of around 15 pounds or more. But Rigondeaux – who actually has a longer reach than Lomachenko at 68” to a fraction above 65” – sure was smart to get the weight check in the contract.

Can the Cuban master outfox the “bigger” boxing master from Ukraine after all?