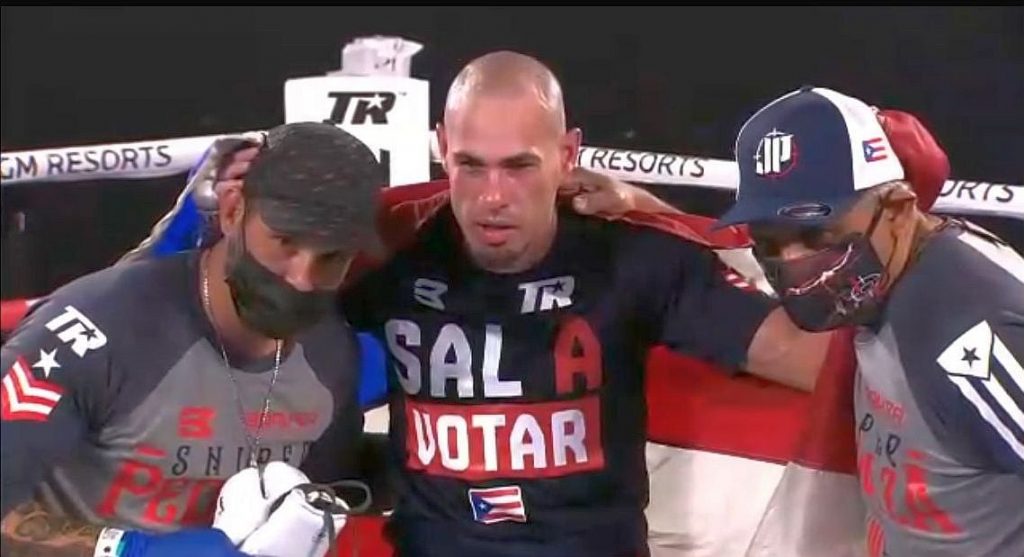 The more versatile and accomplished “Sniper” – a former opponent of Gervonta Davis and Vasyl Lomachenko – completely out-performed the Mexican-American Molina (22-3, 9 KO’s), dominating the battle with his more skilled boxing.

Pedraza’s left had constantly landed on Molina’s face, making damage on his foe while piling up points in his favor.

In the 10th and final chapter, the Puerto Rican had the 30-year-old Molina in trouble against the ropes, edging near to stopping him before the final bell. But the tough Mexican-American bravely survived the attack.

There were no knockdowns during the fight, but the superiority of the Boricua former 2-time world champ from Caguas, Puerto Rico, was evident throughout the encounter; Pedraza (28-3, 13 KO’s) now wanting a shot a any of the 140-pound world champs.

The Top Rank show promoted by Bob Arum was live world-wide on ESPN, fans wondering if “The Sniper” José Pedraza might get his shot at the world title shot at the 140 in 2021. We’ll find out.

Will keep you posted!

The author Carlos Costa is a boxing writer living in Cebu. Carlos can be reached via Twitter @CarlosCostaBox or WhatsApp 09184538152.