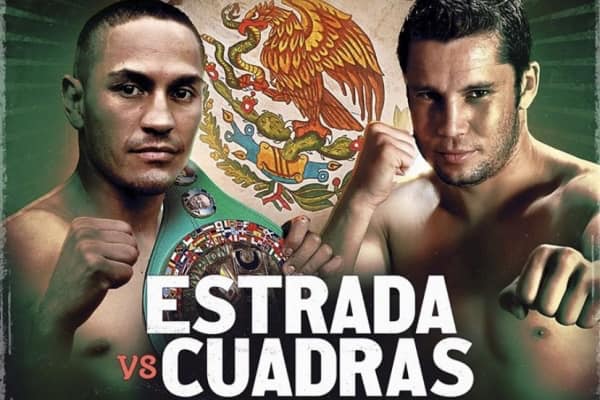 Rematch Estrada vs Cuadras this FRIDAY in Ciudad de México

Juan Francisco “El Gallo” Estrada (40-3 27 KO’s) will be making the 2nd defense of his WBC 115 belt after stopping Dewayne Beamon in 9 rounds in August of last year in Hermosillo, México.

Estrada and Cuadras fought for the 1st time 3 years ago.

It was a competitive confrontation in which Estrada dropped Cuadras to the canvas in the 11th round.

That knockdown was decisive for the 3 judges to awarded the victory to Estrada by 1 single point.

Will something similar happen again this Friday? Who will defeat who?

Estrada vs Cuadras 2 is co-promoted by Matchroom Boxing and Promociones Zanfer.

The rumble will air live in Mexico on TV Azteca 7, in Latin America on ESPN, and around the world on DAZN.