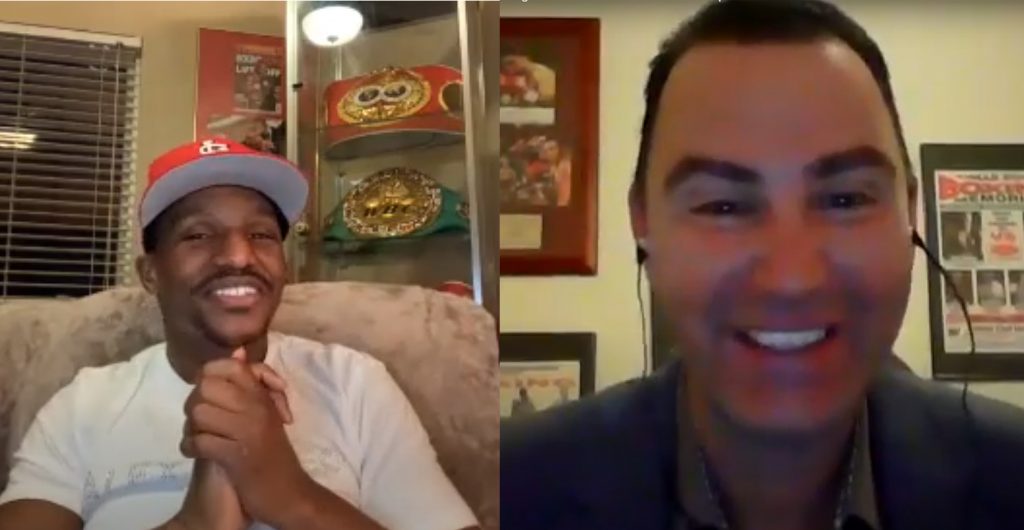 Devon Alexander is known as “Alexander The Great”, is an American professional boxer with 34 Bouts (27 Win, 6Lost, 1Draw, 14 KOs). He is a former three-time world champion in two weight classes, having held the unified WBC and IBF light-welterweight titles in 2010, and the IBF welterweight title from 2012 to 2013.

In this interview, he talked about his fight against Junior Witter the first world title fight and a dream come true winning the WBC belt; his thoughts on the fight with a very tough Juan Urango; he remembers the first time he was cut in a fight against Timothy Bradley Jr; the hardest opponent to date against Lucas Martin Matthysse; his awesome performance against Marcos Maidana; fighting smart against Randall Bailey to win the IBF title; fighting like another Bradley fight with Shawn Porter, and his personal problem and condition before fighting Amir Khan.

Also, what he is doing now and his business.

He also revealed he signed a three fight deal in PBC for the world title fight. What he says about Al Haymon and his plan to retire on top.

He also talked about who he would like to fight? And said he is smarter and technical fighter than Manny Pacquiao.

A funny story in boxing and calling Jeff Horn to fight him and have a fight of a century.