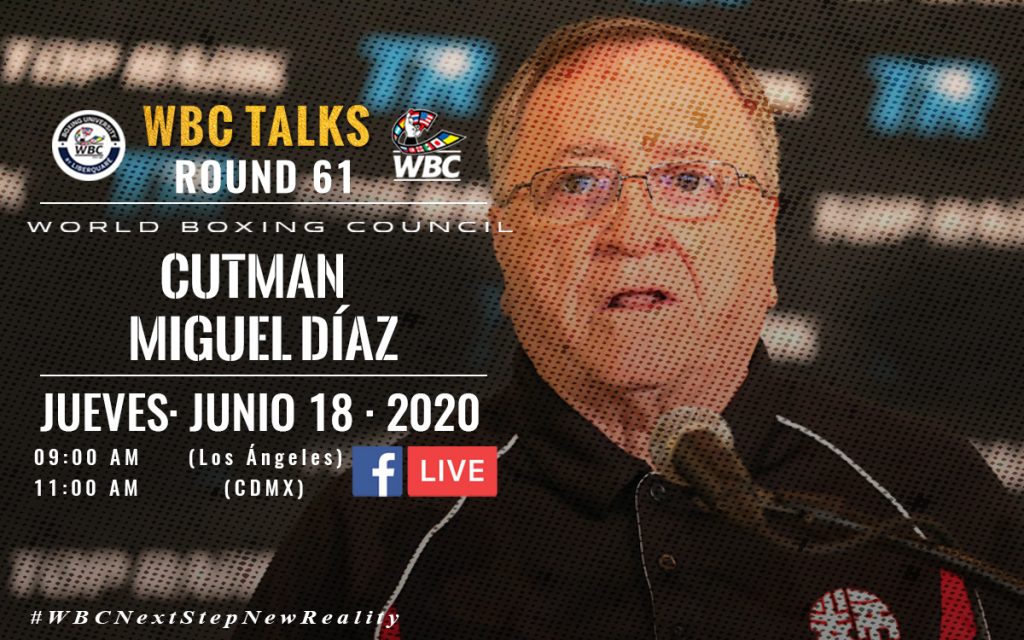 WBC TALKS ROUND 61: A cut above with Miguel Diaz

A slice of Boxing history with Miguel Diaz, son of a successful boxer of the 1920s, who started in amateur boxing when he was just a boy.

Yet Miguel confided that even when he was born into boxing, he imagined himself playing soccer rather than wearing gloves. However, when he was very young he was able to fight as an amateur and when he was about to turn pro his father convinced him not to do it and urged him to study law and follow his dreams as soccer player.

However, these plans changed and in 1965 he left his native Argentina to try his luck in the United States. Working as a waiter in a restaurant where many television personalities attended, he met a man who invited him to work on the television station, and that led him to get closer to boxing again.

As a coach, he fondly remembered Pedro Decima, his first world champion. Miguel Fondly recalled the great Roger Mayweather, a fighter from whom he learned a lot and whom he recognized as one of the best in history.

Also Rafael Mendoza, a man with whom he shared great moments In the story of life.

The talk led us to countless anecdotes and above all to see boxing from the eyes of a man who has all the experience and passion for the sport of fists.

Obviously and as it has become a tradition in our WBC Talks, our guest created his ideal boxer, but he also gave us his three favorite Argentine fighters.

Heart: All six round fighters