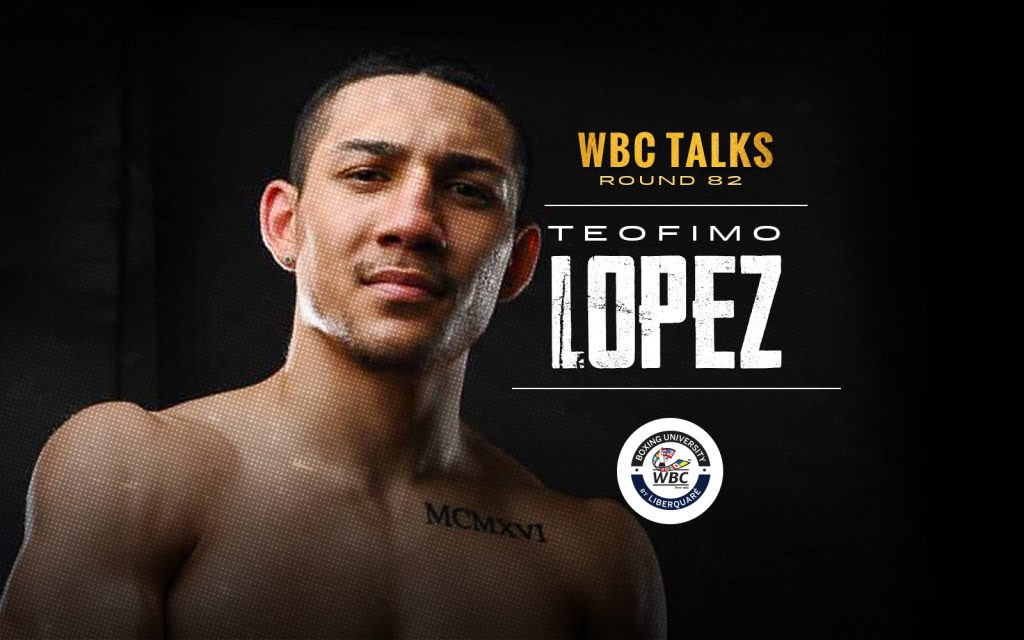 WBC Talks Round 82; One on One with Teofimo Lopez

Today, we had the great honor and privilege of closing one more week of activities, by talking one on one with the great lightweight champion, Teofimo López.

Mauricio Sulaiman, President of the WBC, and Víctor Silva discussed various topics with the champion, including: his Olympic experience, his youth, his love for the country of his parents, Honduras, and many more aspects.

Teofimo gave us a great lesson about humility, as this great fighter and human being, commented that boxers sometimes make the mistake of being pretentious when the money comes. He commented that it is more important to create long-term memories than to possess or acquire stuff just to show off.

He spoke about the close relationship he maintains with his father, of the relationship and home he has created with his wife, about his hope of being a father and about his future plans, including facing Vasiliy Lomachenko in the coming months and become the undisputed champion in the lightweight division.

One of the most exciting moments in the conversation came when Víctor Silva surprised Teofimo by connecting him on a video call with Roy Jones Jr., one of his greatest sources of inspiration alongside Pernell Whitaker, Roberto Duran, Floyd Mayweather, and Mike Tyson.

Teofimo also gave us his opinion on the current status of boxing and commented that Saúl “Canelo” Álvarez is without a doubt, the best pound for pound fighter of today.

If you don’t want to miss this entire conversation, we invite you to watch the following video: