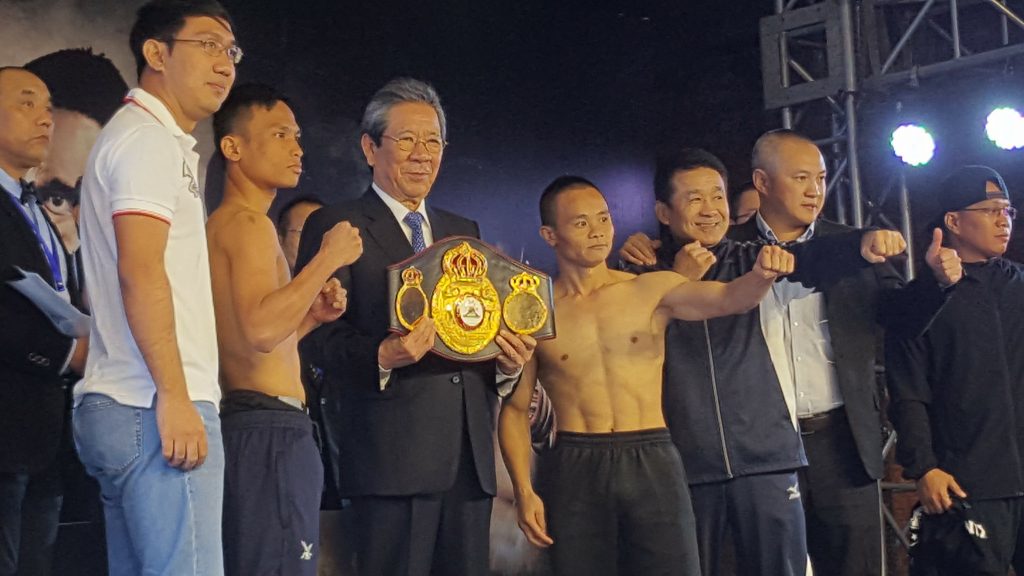 CHINA’S Chao Zhong Xiong and Thailand’s Panya Petchmanee Kokietgym “Pradabsri both made their weights today (Oct. 2) for their 12-round title-fight for the vacant interim WBA International minimumweight title tomorrow (Oct. 3) at the Gym of Datong University in Datong, China.
Both of them tipped the scales at 108 lbs.
Filipino trainer Ninolito Jalnaiz said that the 35-year old Xiong (26-7-1, 14KOs) is now ready to fight.
“Xiong is in good condition and now ready to fight,” said Jalnaiz, a nephew of former Olympian Roberto Jalnaiz, the only Filipino gold medalist in the 11th Asian Games held in Beijing, China in 1990.
Xiong, a former Oriental and Pacific Boxing Federation (OPBF) minimumweight and WBC International minimumweight champion, previously dropped his last fight by a split decision to Mexican Jose Antonio Jimenez last May 25 in Beijing.
Pradabsri, on the other hand, remained undefeated by winning his last bout via a unanimous decision against Silem Serang last May 25 in Bangkok.
Ironically, Pradabsri (18-0, 10KOs) was trained by another Filipino Jayvee Alipio at the MP Highland Gym in Bangkok.
Jalnaiz and Alipio are both trainers from the MP Highland Gym in La Trinidad, Benguet in the Philippines.
Meanwhile, Can Xu of China passed the weight limit of 126 lbs. but his opponent Nehomar Cermeno failed to make it as he was scaled at 128 lbs. in the other championship fight for the vacant WBA International featherweight title.
“Even if Cermeno beats Xu, he will not be declared the champion,” said promoter Liu Gang of Max Power Promotions.
Cermeno was also slapped a penalty of 45 percent cut from his purse.
Xu is also being trained by another Filipino Franklin Albia. 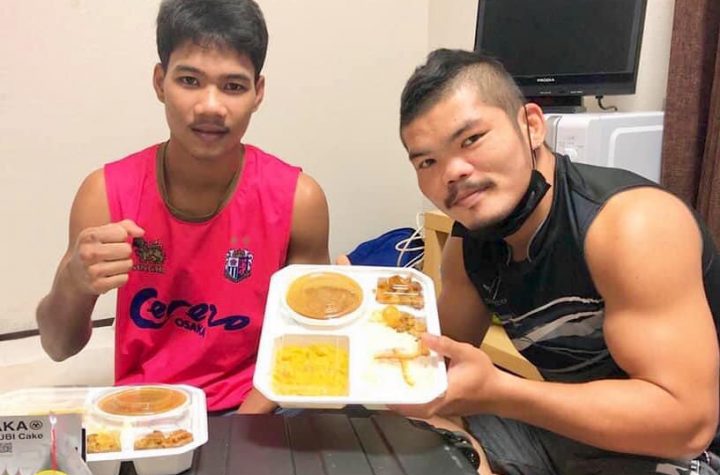 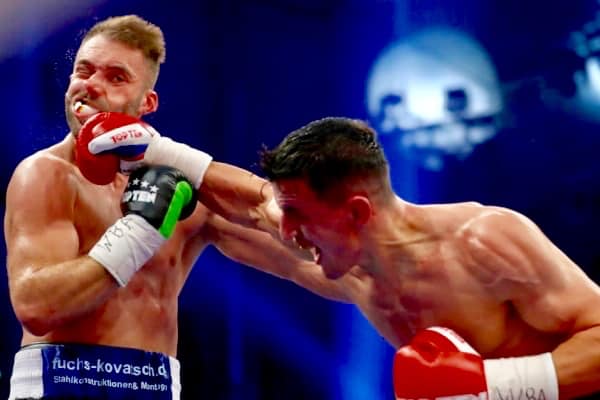