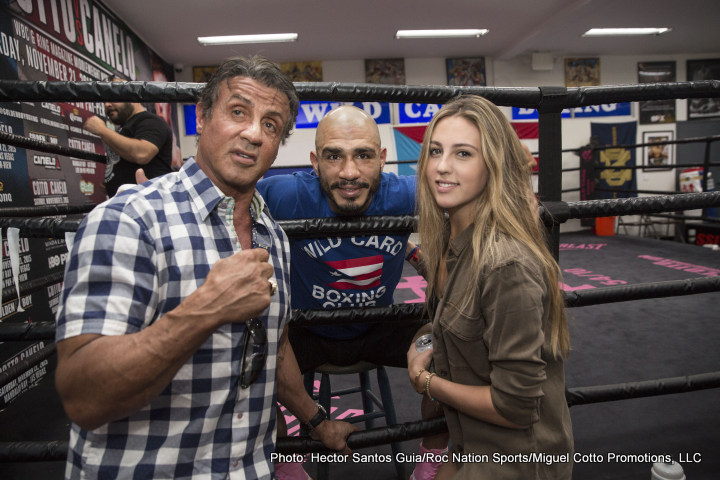 Which is your favourite ‘Rocky’ film? Chances are, you enjoy, love and rate either the original ‘Rocky,’ or its sequel, ‘Rocky II’ as the best of the six movies and the two spin-offs from the hugely successful series. ‘Rocky II’ is this year forty years old, having come out in the US in the summer of 1979 and in the UK in late October of ’79.

Due to the enormous – and wholly unexpected – success of the original 1976 Oscar winner, there just had to be a sequel (although some fans often wonder if it would perhaps have been better if the original had been left alone, set in stone, perfect and uncluttered by its follow-ups; each one going down in quality bit by bit). ‘Rocky II’ is almost as good as the original though, the film proving that not all sequels are a bad idea.

Originally entitled: ‘Rocky II: Redemption,’ the film totally succeeds in continuing the magic and in recreating the atmosphere of the opening chapter, mostly due to the fact that each and every major character reappears in the movie; with even some of the small characters showing up again. And practically all of the actors who starred in ‘Rocky’ reprise their roll in ‘Rocky II.’ Sly Stallone overtook directorial duties and this too proved to be a smart move from everyone concerned.

There is the grit of the first film, the same uplifting soundtrack, more montage footage, longer film time devoted to the big fight finale (the shortness of the final fight being one of the weaknesses of the original) and, in an over the top gamble of a stunner of an ending, the famous scene where both heavyweight champ Apollo Creed and underdog challenger Rocky Balboa go down at the same time in the fifteenth and final round. This ending, one that sees Balboa manage to claw himself upright as the equally exhausted Creed fails to do so (“You beat me by one second, one second. That’s very hard for a man of my intelligence to handle,” Apollo quips in the later ‘Rocky III’) could easily have resulted in laughter, yet cinemagoers everywhere loved it, and still do.

An interesting fact regrading ‘Rocky II’ is how Stallone, who injured his left arm whilst working out with weights for the sequel, was forced to come up with the idea of Rocky being instructed by his wise old trainer, Mickey, to fight orthodox (“that’ll make history,” Mickey says with a manic look in his eyes.) Whilst making the original film there was plenty of inspirational thinking going on, largely because the budget was quite limited (for example, when Rocky’s shorts differ from those pictured in the fight poster that hangs mid-ring ahead of the world title fight, this was by sheer accident, and Stallone and co cleverly wrote it into the script) and this creativity was at work in making the sequel.

Fight fans will be well aware of the cameo played by the great Roberto Duran (who Sly had the nerve to spar with!), which for some tops the appearance of the equally legendary Joe Frazier in ‘Rocky.’ Both films are excellent, by far the best of the series (although, against the odds, ‘Rocky Balboa’ from 2006 works well and is right up there for some) and all these years later it’s so tough to put ‘Rocky’ on without then sliding ‘Rocky II’ into the VCR.