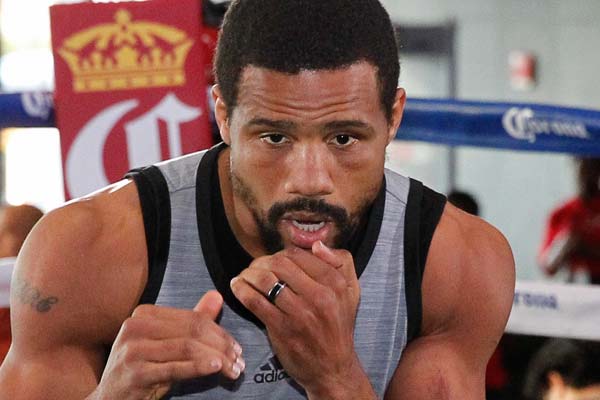 “What happened last fight is in the past,” says IBF interim super middleweight champion Andre Dirrell on Saturday’s Showtime-televised rematch with Jose Uzcategui.

“I’m ready to move forward with Virgil Hunter and get this win on Saturday night. Virgil is a tough coach who gives you exactly what you need in the gym. Efficiency has been our thing throughout camp. If I execute on fight night, I’ll walk out of there with the victory I’ve been working for.”

In regard to Uzcategui, Dirrell stated “He’s a tough fighter but at the end of the day he’s there for me. It’s all about my execution so I just need to be as sharp as possible on Saturday. I was a B- last fight at best. I was really closer to a C+. I was starting to come on later in the fight. I’ve watched the fight a million times and I know what I need to do to improve on the performance.”