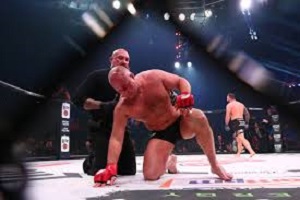 Particularly throughout the first decade of the 2000s, Fedor Emelianenko’s dominance was almost unparalleled. But as age and physical wear and tear caught up with “The Last Emperor”, he began racking up losses, many of which ended inelegantly for him.

This was the case on Saturday night at Bellator 214, when he was knocked out by Ryan Bader in just 35 seconds to close out the company’s heavyweight grand prix. Fedor was immediately escorted out after the fight which did not give him a chance to make a statement, but he was able to do so through an Instagram post after the fight.

After the fight, I feel good, the cut over the eye is not deep, yesterday I had several stitches. I think it will heal in a couple of weeks. I want to say thanks to everyone who helped me get ready, who came to the fight, and who got up early to watch the match. Thank you all for your support and your prayers. All the will of God.

At the age of 42, Fedor says he is looking at possibly putting a close on his storied professional career, a decision that Bellator CEO Scott Coker fully supports.