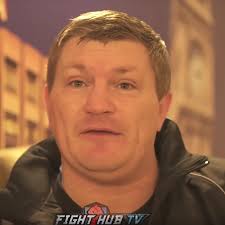 In an interview with Fight Hub TV, right before Tyson Fury’s win over Francesco Pianeta, former titleholder Ricky Hatton breaks down why he believes Tyson Fury takes out Deontay Wilder. Check out what he had to say…

“I’ve seen Tyson in the gym and, you know, he has — what he’s done in the gym, he beats Wilder all day for me, with what I’m seeing in the gym. Absolutely phenomenal the way he’s performing in the gym.

“He didn’t quite take it to the ring last time but there’s reasons for that. He’s had such a long training camp, you know, so there’s a lot of things going on in between his ears. And for me, as far as I’m concerned, he’s got the cobwebs out the way and everything like that — this is a different story now…I see him beating Wilder all day long. I clearly do.

“The way he’s been performing in the gym I think he’s better than he was before the Klitschko fight. Honestly, he really is! Something to behold — he’s just gotta carry it to the ring now.”