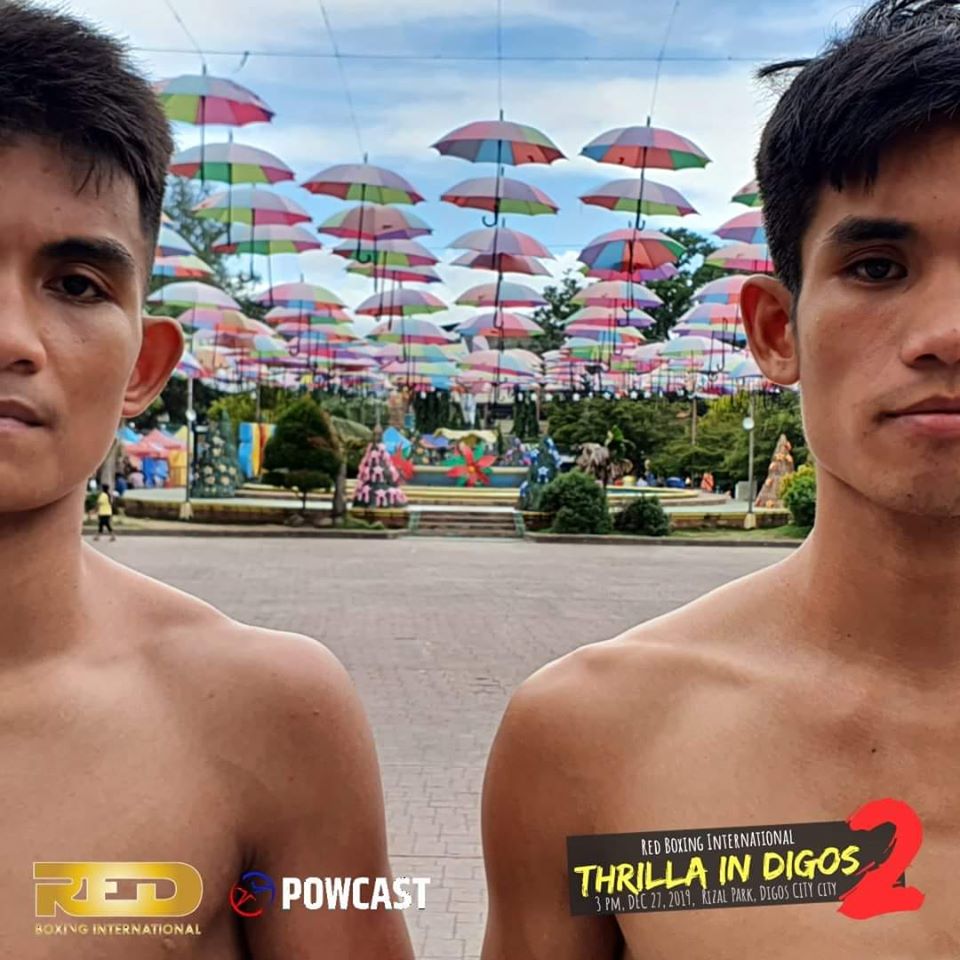 DAVAO CITY — Flyweight Aldren Moreno of Digos City unleashed left-right punches to the body and head of Jonathan Francisco of Zamboanga to stop the fight in the 7th round last Dec. 27 at the Rizal Park in Digos City.

From the start, Moreno kept on hitting Francisco with his constant left-right punches. Although Francisco tried his best to hit also Moreno with his own punches but pride of Digos was too clever.

In the 7th round, Moreno started with a barrel of punches which Francisco never answered back forcing referee Rodel Garde to stop the fight.

The 24-year old Moreno improved his 7th win and the 5th knockout against one loss while Francisco suffered his 14th loss against 10 wins and one draw.

Meanwhile, light-flyweight Arjay Recopelacion of Davao City forced Jar R Tulinan of Bukidnon to quit in the 7th round after absorbing several body and head punches.

The boxing promoter is Rey Rodis of Red Boxing International.