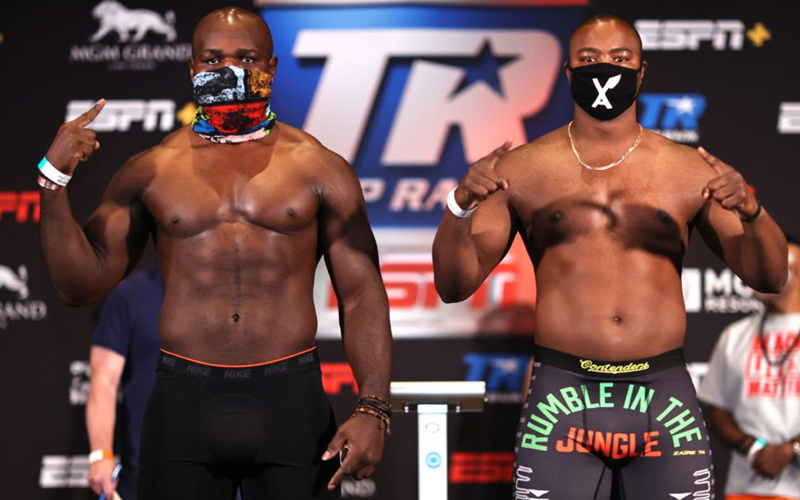 Cameroonian heavyweight Carlos Takam and American Jerry Forrest are good and ready to step into the ring tonight, on a card presented by Top Rank and to be broadcast on ESPN, from “The Bubble” at the MGM Grand in Las Vegas, Nevada.

Carlos Takam weighed 245.7 pounds on the scale, while Jerry Forrest reported 225.6, for this fight that will be top of the bill.