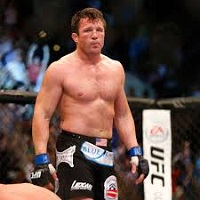 Throughout his career, former UFC champion and Bellator middleweight Lyoto Machida carried himself in a respectful manner. “The Dragon” was never really involved in any beefs with other fighters, but his upcoming opponent Chael Sonnen has made things more personal.

Speaking with MMAFighting.com’s Danny Segura during Tuesday’s Bellator 222 media day, Sonnen says there is actually a history between him and Machida.

“I got a history with him. He’s always been a gentleman and a nice guy,” Sonnen said of Machida. “But this is competition. And people say it shouldn’t be personal – it is personal.

“He fought Dan (Henderson), and he fought Randy (Couture), and he beat those guys. And I’ve heard the story of Team Quest told and re-told and mistold from the beginning of time,” he continued. “It was those two guys, and then it was me. And it was the three of us for a long time before a fourth and fifth and sixth member came along.”

With both Henderson and Couture now retired, “The American Gangster” has taken it upon himself to avenge the two legends.

Sonnen and Machida will headline Bellator 222, which takes place on June 14th at Madison Square Garden in New York City.