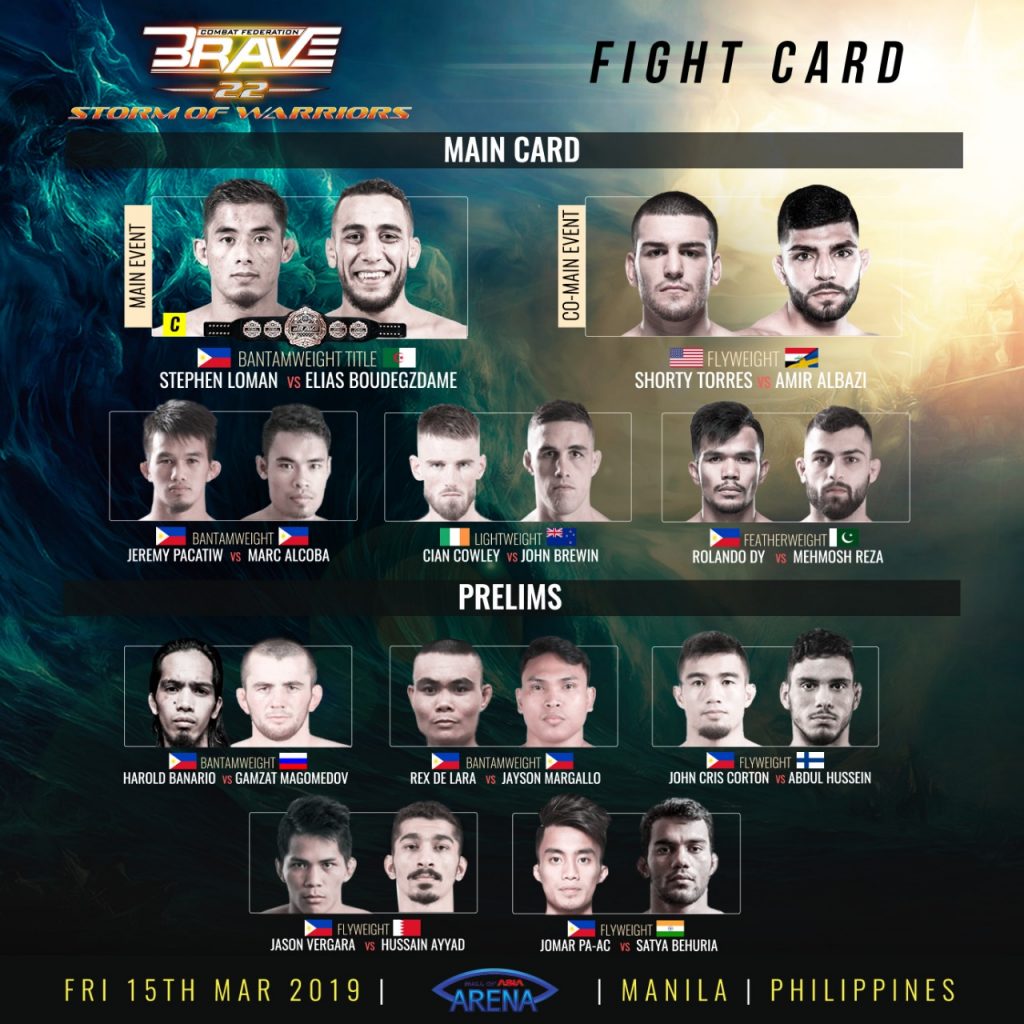 Brave Combat Federation has announced the full fight card for Brave 22: Storm of Warriors, set for March 15th, in Manila, Philippines. It will mark the first time the biggest MMA promotion in the Middle East lands in Filipino soil. And the main event promised to be historical as local hero Stephen Loman takes on Elias Boudegzdame.

Loman’s Bantamweight belt will be on the line as he looks for an unprecedented third defence of his title. Meanwhile, Boudegzdame looks to add a second belt in a second weight class at Brave. The French-Algerian submission expert is a former Featherweight champion and could become the first-ever Brave dual champion should he spoil Loman’s homecoming.

In the co-main event, Jose “Shorty” Torres makes his long-awaited promotional debut at Flyweight. The American amateur world champion takes on undefeated Amir Albazi as he looks to become Brave’s first-ever Flyweight world champion after a 1-1 run in the UFC.

Also set for the fight card is the return of Cian Cowley. A training partner of superstar Conor McGregor, “The Warrior” looks for his third win inside the Brave cage against New Zealand’s John Brewin in a Lightweight bout with possible title implications.

The passionate Filipino crowd will also be served with another record-holder. Jeremy Pacatiw will extend his lead as the fighter with most promotional appearances, as he takes on Marc Alcoba in his eighth Brave bout.

Brave 22: Storm of Warriors will take place at the iconic Mall of Asia Arena. In total, ten fighters from the Philippines will be in action on groundbreaking fight night.