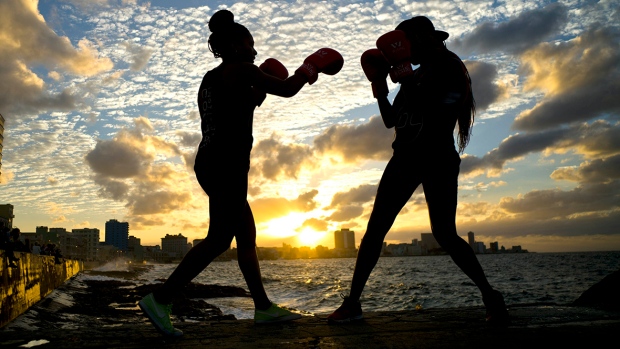 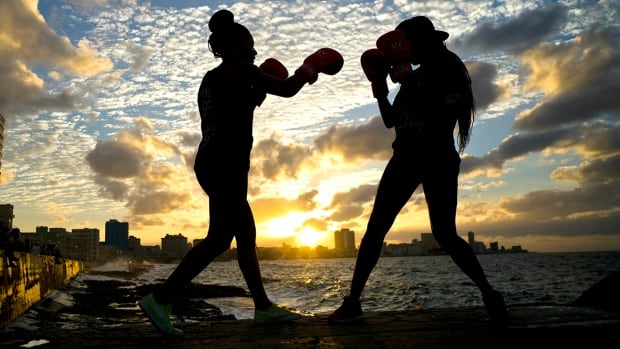 Cuban men have won more Olympic boxing medals than fighters from any other country. Now a group of up-and-coming female boxers on the island have their eyes on the gold.

They want government support to form Cuba’s first female boxing team and help dispel a decades-old belief once summed up by a former top coach: “Cuban women are meant to show the beauty of their face, not receive punches.”

Idamelys Moreno smirks at that idea as she and half a dozen other women step up their training in hopes of changing the mind of Cuban officials.

Women were first allowed to box at the Olympics during the 2012 Summer Olympics, and Moreno wants a shot at a medal, too. The 24-year-old trains at least two hours a day after she gets off work, completing a routine that includes running several miles, lifting weights, hitting a punching bag and sparring with both women and men.

Moreno and other women once were thrown out of a local gym when sports officials got wind of them training there.

“One day without further ado they said, `Listen, sir, women cannot be here because female boxing is not allowed,”‘ Moreno recalled. “There were around 12 of us, a lot of women from other provinces, and they had to leave.”

Olympic silver medalist Emilio Correa Jr. stepped in to help some of the women find another gym while they push top Cuban officials to support female boxing.

“They can bring more glory to the Cuban sport,” Correa said. “They are diamonds in the rough. … The motor skills, the explosive nature and the energy of Cuban boxers are also present in these women.” 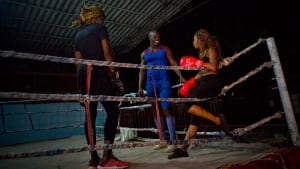 Olympic silver medalist Emilio Correa Jr., center, instructs Idamerys Moreno, right, and Legnis Cala, at a sports center in Havana, Cuba. Once when the women were kicked out a of boxing gym, Correa Jr. stepped in to help some of them find another gym while they push top Cuban officials to support female boxing. (Ramon Espinosa/The Associated Press)

But the government so far appears unconvinced. Officials have said they’re analyzing the proposal and carrying out medical studies to understand the impact of blows to a woman’s body and whether such action is “appropriate.”

A message left with the Cuban Federation of Boxing was not returned.

Female athletes in Cuba have made strides in many other sports, including wrestling, judo and, most recently, weightlifting. In 2006, Cuba allowed the creation of the island’s first female weightlifting team for an international competition.

“If they’re allowed in wrestling or in weightlifting, which are pretty strenuous sports, I don’t understand why not boxing,” said sports commentator Ismael Sene.

The lack of women on that roster disappoints many, including Namibia Flores, who has trained in the U.S. and starred in a 2014 U.S. documentary called “Boxeadora.”

Flores has accused the Federation of Cuban Women of not supporting their cause, even though the group helped women enter professional fields that were dominated by men prior to the revolution. Female boxers inspired by Flores say they hope to get the same opportunity.

“My mom says it’s a violent sport,” 25-year-old Legnis Cala said as her colorful extensions flew back and forth as she sparred with Moreno. “But there are women in other countries who also box … And if they give us permission, I think we’ll also make it.”