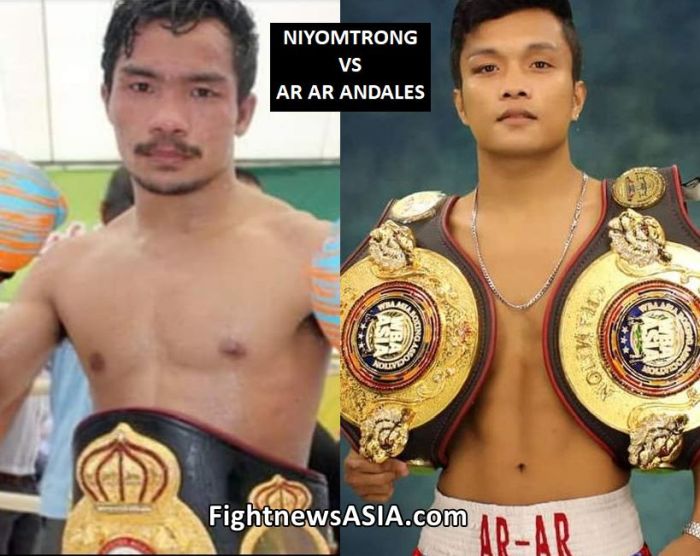 That hot summer day when young Filipino fighter ArAr Andales put his boxing gloves for the very first time, there was a beautiful, yet far away dream inside his head.

That dream was to one day fight for the world title and to win it so as to bring sport’s glory to himself, to his dear family in Norther Samar and to his beloved Motherland, the Philippines.

His relentless efforts, and the years of sweating and hard workd are paying off. His dream is becoming a reality.

The world title rumble is set to unfold in less than three weeks from today, in the afternoon hours of Friday, August 2, in Bangkok, Kingdom of Thailand.

“Yes, the fight has been confirmed. Already we signed the contract.” adds active man of boxing Gerry F. Balmes, 43, a co-promoter at Quibors Boxing Gym and a Branch Manager at Pacific Union Insurance.

Should ArAr Andales win the tough fight in Thailand — as his Quibors teammates hope and pray — the 19-year-old dream boy would become one of the youngest Filipinos ever to win a world title.

Will he be able to accomplish that against all odds?

Undoubtedly, the mission is a tough one, though not an impossible one.

While its true that the 28-year-old Thai warrior Niyomtrong Knockout CP Freshmart (19-0, 7 KO’s) is an experienced unbeaten world champion making his 12th world title appearance, it is also true that Andales is a current WBA Asian titlist with a warrior’s heart, speed, good fighting skills and above all, confidence and the full support from his boxing team, headed by his coach Jun Labandia, a former fighter and an experienced trainer 100% committed to his boxers.

“My friends, we know that we are the underdogs,” shares co-promoter Balmes.

“But nothing is impossible. That is why we train very hard. ArAr is willing to take the risk, and we want to win the world crown.

“We will see to it that ArAr must explode in every round, putting pressure on Niyomtrong… pressing the Thai boxer, same as ArAr has done before,” reasons Balmes.

Or will an extra-charged, energized, fast and highly effective ArAr Andales outmaneuver Niyomtrong CP Freshmart over the course of their hot afternoon rumble to claim the WBA Minimumweight World crown, making his childhood dream an awesome, amazing, shinning reality?

The Niyomtrong vs Andales match for the WBA Minimumweight World Title Friday, August 2, in Bangkok, Kingdom of Thailand, is a production of Thai promotion company Petchindee Boxing Promotions, set to be televised live in the Kingdom.