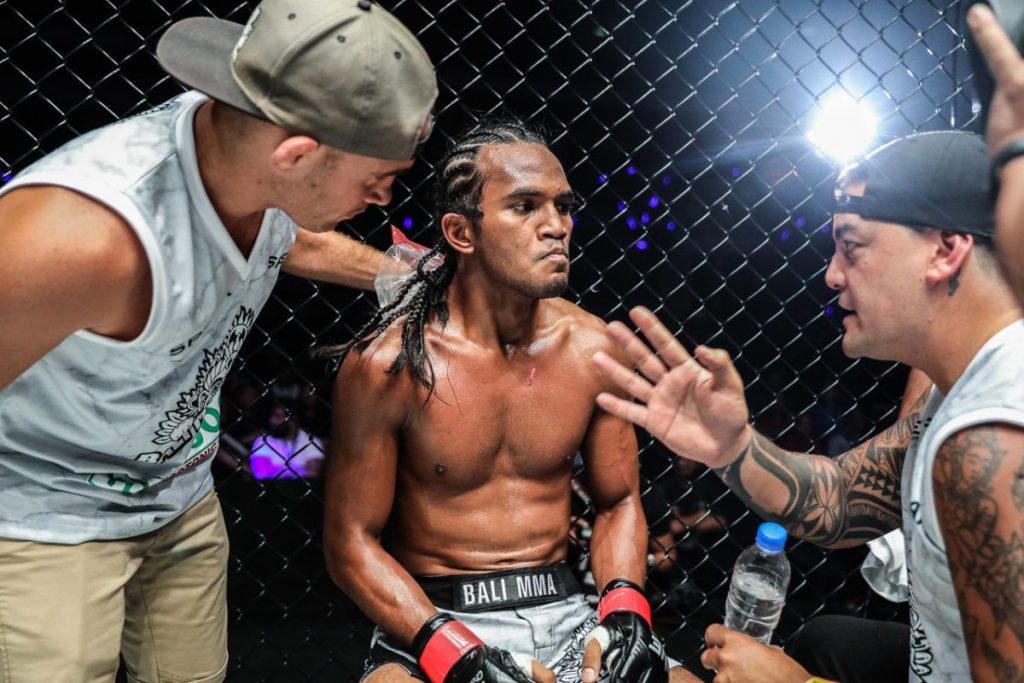 “Jungle Cat” Muhammad Aiman has emerged as one of ONE Championship’s most promising young bantamweight stars, and he could elevate his profile even more on Friday, 2 August.

He will be shooting for his sixth professional victory when he faces Indonesian veteran “The Terminator” Sunoto at ONE: DAWN OF HEROES, which emanates from the Mall Of Asia Arena in Manila, Philippines.

Some people could view the Malaysian sensation as a relatively new face in the sport, especially considering the fact he has a 5-3 professional mixed martial arts record.

However, a deeper dive into the 24-year-old’s background tells a completely different story.

At 18 years of age, Aiman was just beginning his mixed martial arts career with the barest of bones when it came to his skill set.

Aside from the boxing techniques he previously learned, the majority of his knowledge in regards to wrestling and Brazilian Jiu-Jitsu came from watching YouTube videos.

In 2013, he kicked off his amateur career during the inaugural season of Malaysian Invasion Mixed Martial Arts (MIMMA), and he remained a mainstay in the local organization for the next three years.

“It was a really good experience,” he says. “I wanted to win MIMMA [before turning pro] and I lost once, so I kept doing MIMMA until I won.”

That plan was nearly abandoned, however.

During MIMMA’s first season, Aiman suffered his only amateur defeat in the finale. In the second season, he beat every opponent en route to the final, but missed weight and was disqualified from participating in the season’s last scheduled match-up.

He had fallen short twice, but just as the third season was approaching, the Malaysian thought about leaving the competition to turn professional.

However, a veteran martial artist changed his mind.

“The third season was coming up and I was like, ‘I know I’m good enough, I’m just going to turn pro,’” he recalls.

“I talked to my coach back then, and my coach [at the time] was Roger Huerta. He said, ‘Stay amateur, you’re still young. Just fight amateur another year and maybe you can turn pro, maybe not. We’ll see.’

“I did what he asked me to do. I fought MIMMA for another year and this time, I won. After that, I just turned pro.”

With one more run in the organization, Aiman fixed the shortcomings that caused him to fall short at the final hurdle and fail on the scales.

He claimed the MIMMA Featherweight Championship in October 2015 and capped his amateur record at 12-1. Then, he made his professional debut in April 2016, and then joined ONE Championship five months later.

Looking back, “Jungle Cat” couldn’t imagine a better way to gain experience than through competing on the amateur circuit in his native Malaysia.

“I’m really happy because fighting pro is so much different,” Aiman explains.

“If I would have turned pro right away, I wouldn’t feel as comfortable in the cage. Fighting amateur was much better, and I started pretty young for a mixed martial artist back then. I’m really glad I didn’t rush turning pro.

“Maybe some guys could go without it and be as good, but for me, I’m glad I have my amateur experience and I definitely have some advantages [because of it].”

By competing on the local amateur circuit, it allowed the Malaysian to build his skill set, develop patience, network with coaches from other gyms, and ultimately find the proper weight class best suited for him.

Now as a bantamweight, Aiman feels better than ever, and he will attempt to continue his climb up the divisional ranks when he squares off against Sunoto in Manila.