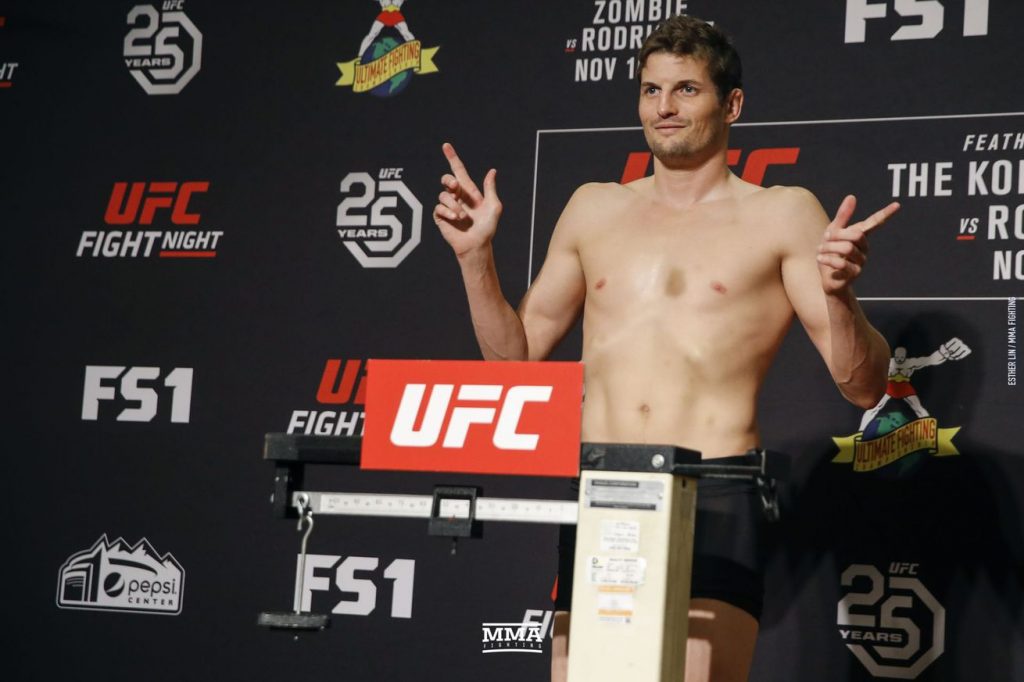 The UFC is giving Chas Skelly vs. Jordan Griffin another go.

Originally scheduled for UFC on ESPN 3 on June 29, officials announced Thursday that Skelly (17-4) and Griffin (17-6) will now fight in a featherweight bot at UFC Vancouver on Sept. 14. Their first meeting was canceled due to a Skelly injury.

Griffin was then supposed to fight late-notice replacement Vince Murdock, but Murdock was not medically cleared to compete. Thus, this will be the first fight of 2019 for both Skelly and Griffin, who are looking to bounce back from recent losses.

Last November, Skelly’s fight with Bobby Moffett was spoiled by a controversial call that saw Skelly take a submission loss when referee Tim Mills ruled that Skelly had lost consciousness in a D’Arce choke. That puts Skelly on a two-fight losing streak heading into his upcoming fight.

Griffin, a Contender Series contract winner, lost a unanimous decision in his debut to Dan Ige at UFC on FOX 31 last December. That setback snapped a four-fight win streak for “Native Psycho.”

UFC Vancouver takes place at Rogers Arena in Vancouver, British Columbia, with a lightweight bout between Donald Cerrone and Justin Gaethje scheduled for the main event. The main card will air live on the ESPN+ streaming service.