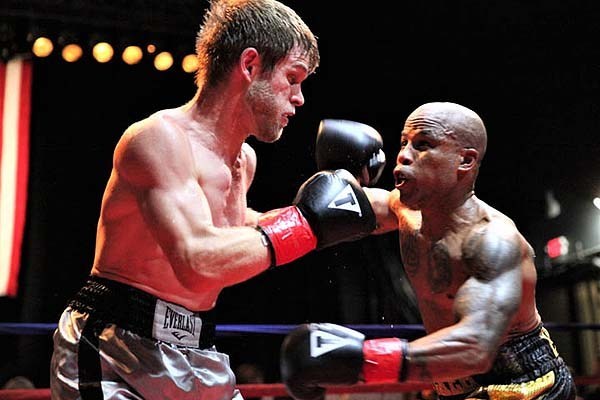 A rematch in the junior middleweight division, which featured the NABA WBA Title on the line had Jamie Walker (9-2-2, 3 KOs) facing off with Daniel Karpency (9-2-1, 4 KOs). Walker, at 39 years of age, was closing in on bigger fights. A controversial decision (96-94-Karpency, 97-93-Walker, 98-92-Karpency) led to Karpency taking home the NABA WBA title.

Round seven had Walker fighting out of a neutral corner. His back was to the corner firing away at incoming Karpency. It looked as if Walker was receiving the best of the exchanges. The crowd was certainly not pleased with the decision.

In what is one of the top fights this writer has ever witnessed, an all out war produced the most excitement of the night. Isaiah Steen (13-0, 10 KOs) survived three slips in the ring. The last of the three being controversial, as most of the crowd and commission thought it should have been considered a knockdown. Gorjan Slaveski (5-1-1, 3 KOs), fighting southpaw and throwing haymakers all during the fight, lost the close Super Middleweight fight. The 1st Round has Steen scoring first, but in the middle rounds, it appeared Slaveski’s style gave Steen problems. Steen and Slaveski fought toe to toe for most of the 8-Round fight, both giving each other fits. The judges came back (76-76, 78-74, 78-74) in favor of Steen for the Majority Decision.

Alante Green (6-0-1, 5 KOs) produced a vicious knockout to defeat Eric Abraham (6-6, 3 KOs) in a cruiserweight contest. The 2:56 mark Round 3 KO proves Green will be a force to reckon with in the cruiserweight division.

The night had an honor legendary Ohio trainer, John Johnson. A banner was hung in the balcony to acknowledge the champions and lives that Johnson influenced.