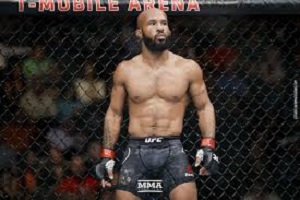 Former UFC champions Demetrious Johnson and Eddie Alvarez have been booked on the same card for the second time as they return at the upcoming ONE: Dawn of Heroes card from Manila in the Philippines on Aug. 2.

Johnson moved to ONE Championship in a rare trade that took place last year as the longest reigning champion in UFC history was shipped off to the Singapore based promotion in exchange for current welterweight contender Ben Askren.

He then made a successful debut as part of the roster back in March while punching his ticket into the semifinals of the ongoing ONE Flyweight World Grand Prix. Johnson picked up a second-round submission victory over Yuya Wakamatsu to earn his spot in the next round of the tournament and now he faces another Japanese flyweight when he meets Tatsumitsu Wada in August.

Wada is coming off a win over Gustavo Balart in the opening round of the Grand Prix but now he faces the daunting task in drawing Johnson in the semifinals with the winner then moving onto the finals later this year.

The winner of Johnson vs. Wada will face either Danny Kingad or Kairat Akhmetov, who also meet on the main card at the upcoming card from the Philippines.

Former UFC lightweight champion Eddie Alvarez will also make his return in August as the co-main event on the card when he takes on former ONE lightweight world champion Eduard Folayang.

Alvarez suffered a shocking loss in his ONE debut when he fell to Russian knockout artist Timofey Nastyukhin back in March. It was a rough start to Alvarez’s ONE Championship career after he inked a multi-fight contract with the promotion last year following the close of his most recent deal with the UFC.

Alvarez has gone 1-3 with one no contest in his past five fights and now he will look to get back in the win column when he makes his second appearance in ONE in August.

As for Folayang, the multi-time former ONE champion is coming off a loss of his own when he fell to Shinya Aoki by submission on that same card back in March. Prior to that setback, Folayang had won three fights in a row including his victory over Amir Khan to claim the vacant ONE lightweight title last November.

Following his knockout over Alvarez earlier this year, Nastyukhin will also return to action in August as he faces Honorio Banario in the semfinals of the ONE lightweight world grand prix. Nastyukhin was originally slated to face Lowen Tynanes in the semifinals but it appears the Hawaiian wrestler will no longer compete in the tournament with Banario replacing him in this matchup.

The winner of Nastyukhin vs. Banario will then move onto the finals to face Dagestani wrecking machine Saygid “Dagi” Arslanaliev later this year.