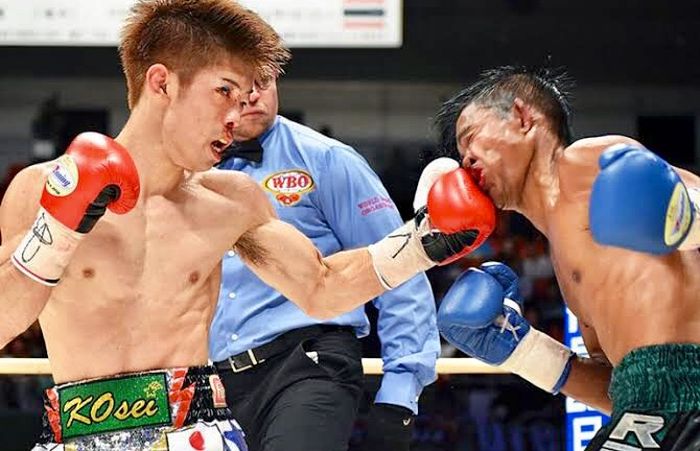 Unbeaten Japanese sensation 🇯🇵 Kosei Tanaka (15-0, 9 KOs) has abandoned the WBO flyweight world title to claim up to the super flyweight in search of a fourth divisional world title. ⭐️⭐️⭐️⭐️

Officially, Tanaka left the belt at the end of January, and in a recent presser Tanaka talked in detail about his important career decision.☀️

The unbeaten hard-hitting world class fighter explained that for months during last year he thought that there was potential for him to unify the 112 pound division in high-profile titles clashes. 👍👍

That’s why Tanaka made the decision to leave the 112 lbs and ascend to the 115 pounds weight class so that he couls take advantage of his “Super Champion” status to become mandatory challenger for the WBO super flyweight world crown. 👑

“From now on, I will fight in the super flyweight division, aiming at a fourth world title.

“There are many strong fighters in the 115 lbs division, which means that I will need to set my skills at a higher level.

“My goal is to battle any of the super fly world champions.

“For me, Mexican 🇲🇽 Juan Francisco ‘Gallo’ Estrada and my compatriot 🇯🇵 Kazuto Ioka are the best 115 fighters in the world. 🌎 I want to them,” said Tanaka. 🥊🥊

.It is not known when Kosei Tanaka will be back in action nor against whom, but fans hope soon, maybe this summer. 👍👍