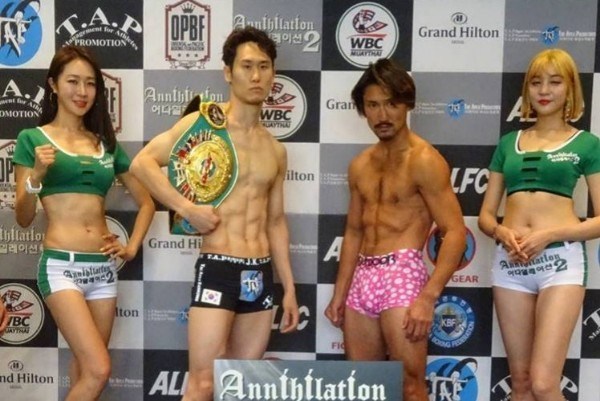 Lee, one of a few Korean prospects, acquired the vacant OPBF belt when he finished Australian Samuel Colomban with a single southpaw left in the seventh session here this January. Though his first defense against Watanabe was once scheduled in April, it was postponed until August because of Lee’s injury at the shoulder rotator cuff. But Lee, standing six feet, has recovered and is reportedly well-conditioned prior to his tough test against the Japanese veteran, It will be promoted by TAP Promotions presided by Beatrice Kim, a lady promoter.