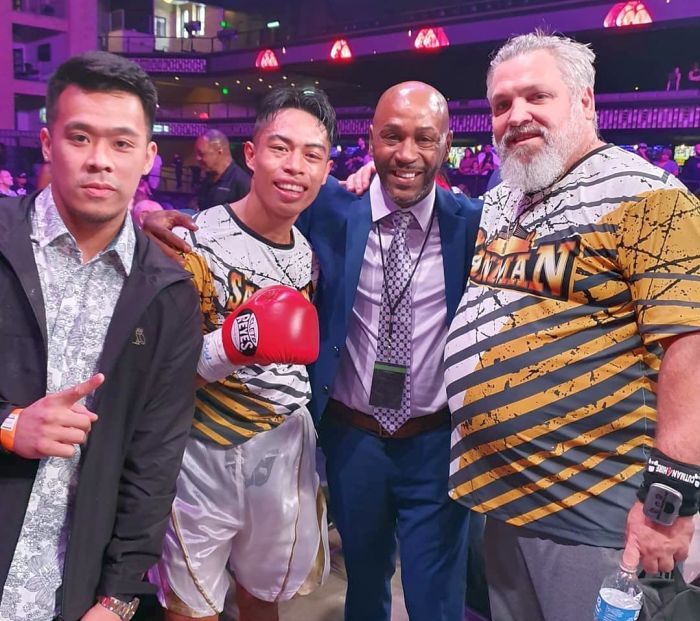 Former WBA Interim bantamweight champion Raymart Gaballo made an easy work on Colombian opponent Yeison Vargas by stopping him in the very third round. Gaballo improved his record to W22 KO19 L0 D0 while Vargas suffered his second loss and dropped his record to W17 KO12 L2.

The Filipino warrior dropped Vargas once in the second stanza and twice in the third en route to the stoppage victory.

Gaballo looked relaxed and in total control from the opening bell.

“I was totally relaxed. I was sizing him up from the opening round. When I saw him getting hurt, I knew I could end it early. I was never careless. I know he is capable of a one punch game changer. But I thought he was slower than I expected. He came out much bigger after weigh-in.

“I want to fight the top guys at 118 pounds. I wish I could do a title fight next. I can fight anyone my management places before me. As long as I have enough time to train and be in top form, I’m on to anything,” Gaballo stated.

“Raymart was superb. It was a perfect debut fight with PBC. I’m sure PBC boss Al Haymon was very impressed. We will arrange a title fight or an elimination within the year. I hope PBC can help us this fight for Gaballo.

This kid has a bright future”, Manangquil said.