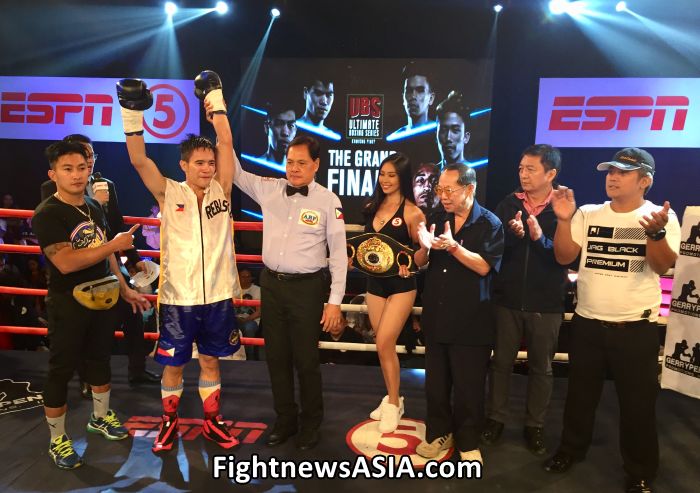 Far more resourceful and confident,  Jordan, 21, rocked down Gandionco half way thru frame two, though the strong Misamis Oriental warrior stood up to the count of veteran third man Virgilio Garcia, pressing the action against Jordan, propelling furious exchanges.

The climax came about when a crushing perfectly-placed bomb thrown by Jorden ravaged Gandionco’s mid section, sending him down to the canvas in excruciating pain neaby Jordan’s red corner.

Gandionco (13-9-3, 8 KO’s) wearing black trunks just could not stand up from that explosion, the referee reaching number 10 with the combatant still on the floor, struggling for air, trying to recover.

Both men had scaled-in at 120 pounds for their clash streamed live on ESPN5.

The author Carlos Costa is a veteran boxing reporter living in the Philippines.   Carlos can be reached at carlos512@hotmail.com and whatspp/viber 09184538152.