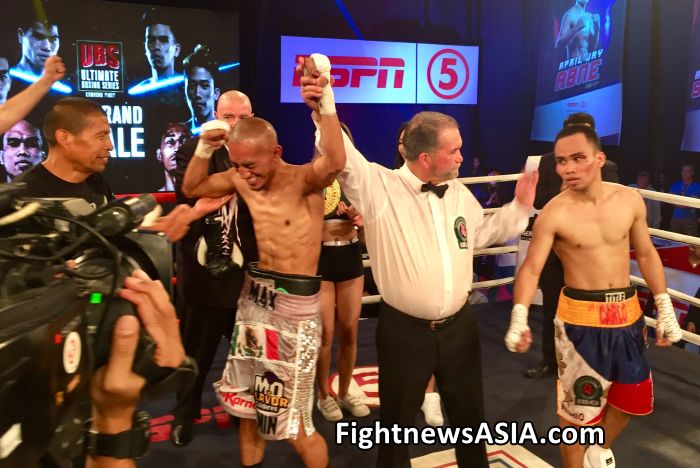 The hard-fought battle   —   already one of the most controversial, talked about world title fights this year in the Philippines   —   saw an aggressive, coming-forward Mexican brawler pressing the action to close quarters against the retrieving Peñalosa fighting from a distance, scoring effective left straights throughout fierce war.

The battle reached its climax when a non-intentional headbutt during a furious exchange opened an ugly gash over Peñalosa’s left eye (see photo), bursting blood from the Filipino, accelerating heart rates in and out of the ring.

The seriousness of the cut prompted veteran Australian referee Garry Dean to halt actions during the rough skirmishes of chapter seven, requiring judges scorecards to define the winner.

Australian Adam Height scored a close 67-66 for the Mexican. The second judge from New Zealand Kevin Pyne scored 67-66 for the Filipino.