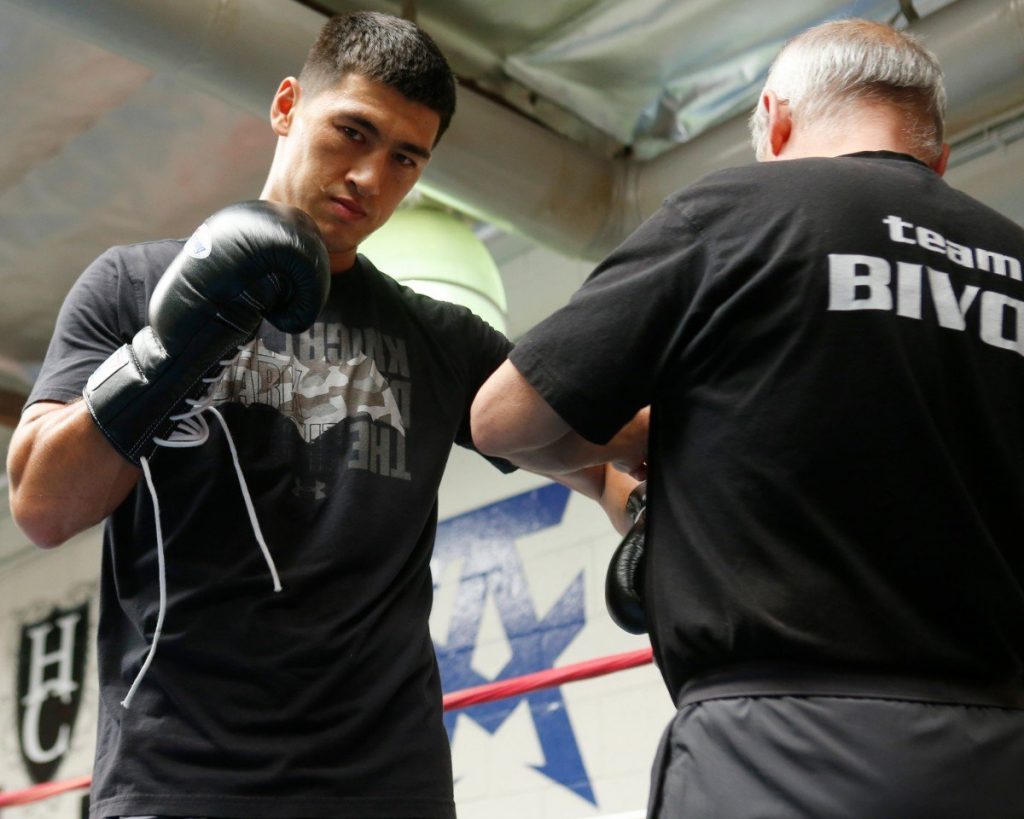 About his opponent, Jean Pascal: “I saw his fights against (Sergey) Kovalev, and against Bernard Hopkins. He was different than he is now. I just want to win and make this defense.”

“Of course I respect him as a boxer, but when I go in the ring, he will be my enemy.”

A message for Pascal: “Thank you for taking this fight. I respect you, you’ve had a great career. Don’t forget about training, we need to make a great fight for the fans who are buying tickets.”

How Bivol sees the fight: “If I think I can get a knockout, of course I will do this. People want to see knockouts.”

“When I come to the ring, I don’t think about my win. I think about making a great fight, a good fight so that people will be excited about my fights.”

“When I was young, of course I had a dream to be a champion. But now, it’s not enough for me. Now I want to realize my ability, and I want to show all my qualities to as many people as I can.” 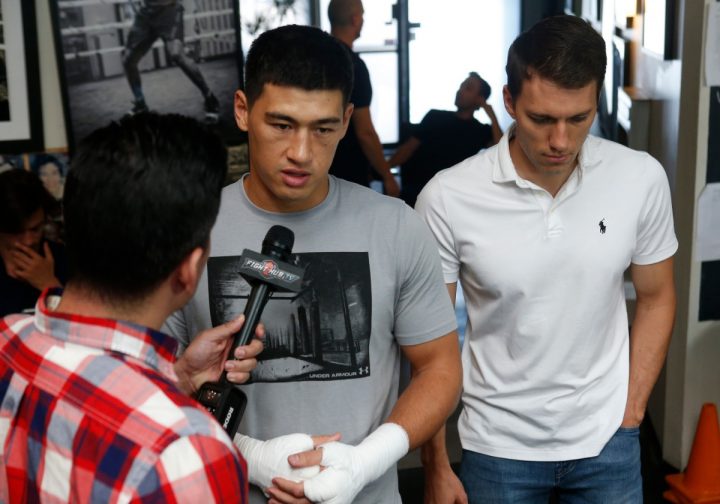 On scoring knockouts: “The most important knockout punch is not the hardest punch. It is the punch no one sees coming. It is the element of surprise.”

“I don’t like to predict the future. I am open for all fighters, for all the best fighters. I want to make big fights for people, because now all the champions in our division are busy. Me too. We will see.”

Message for fans about November 24: “Don’t miss my fight, because I’m going to make something great in the ring and I hope you will be glad to see it.”

On the Pascal fight: “At the end of the day, Dmitry still has a tough test (against Pascal). He hasn’t had 20 fights. He’s fighting these guys with over 30, 40 fights. It’s still a big, big thing for him to experience and to be a main event fighter.”

On Bivol’s future: “Next year we are talking about unification. We don’t want to run ahead of ourselves, but if everything goes well in this fight.Pascal is a live dog, he’s a real fighter. We have all the respect for him.”

“He’s excited about unification. Wherever we can get the biggest fight, biggest unification, it doesn’t matter about the network. Dmitry wants anyone at 175. He’s been wanting this for the last year.”

On Bivol’s greatest strength as a boxer? “Bivol’s IQ in the ring. IQ is very important for any fighter, and Dmitry is one of the most intelligent fighters, that’s very important.”

This event is promoted by Main Events and World of Boxing. The bout will be televised live on HBO World Championship Boxing beginning at 10:00 p.m. ET/PT.

About Bivol-Pascal: Bivol vs. Pascal is a 12-round fight for Bivol’s WBA Light Heavyweight World Title taking place on Saturday, November 24, 2018 at the Hard Rock Hotel & Casino in Atlantic City, NJ. The co-main event is a WBA Intercontinental Super Bantamweight title fight between Murodjon Akhamadaliev and Isaac Zarate. The event is promoted by Main Events and World of Boxing, and will be televised live on HBO World Championship Boxing beginning at 10:00 p.m. ET/PT. Tickets range between $30 and $150 and are on sale now through HardRockHotelAtlanticCity.com and Ticketmaster.com.